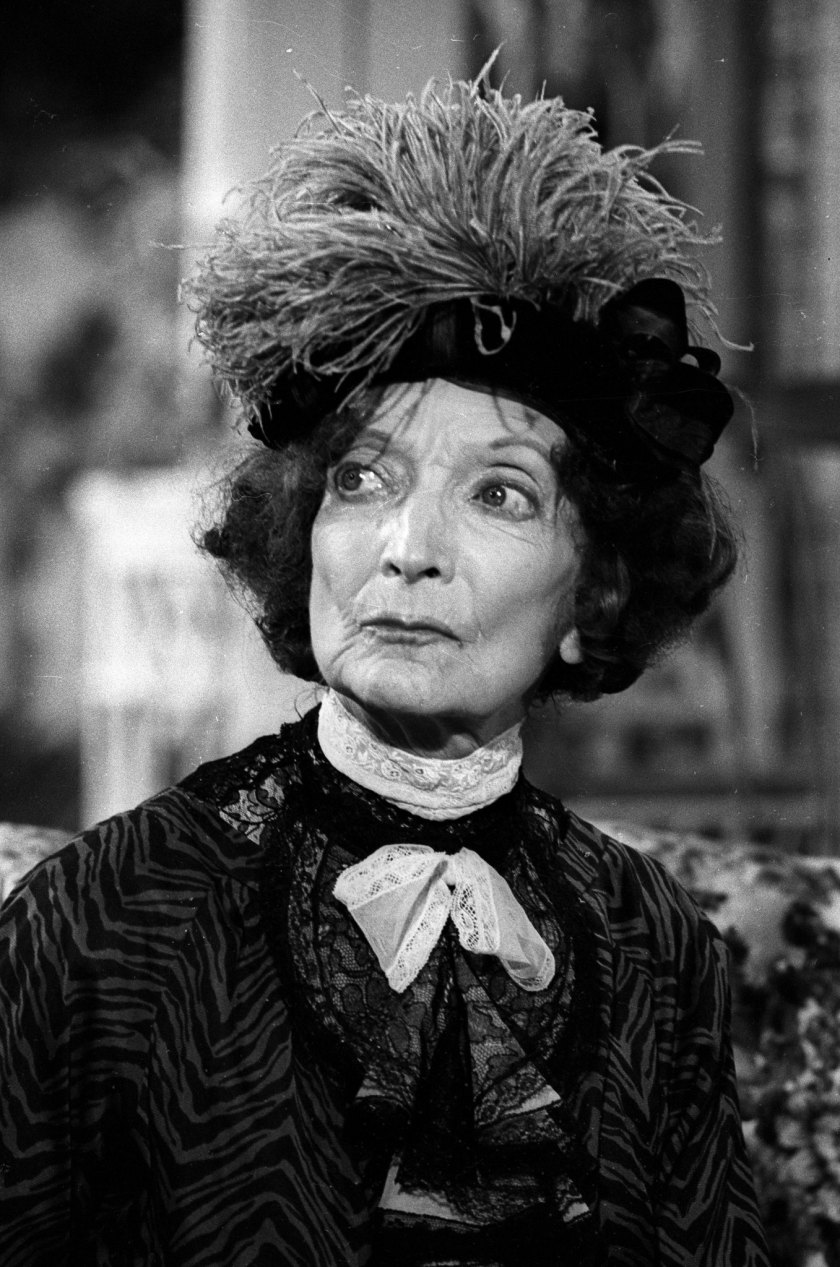 Today is the 138th birthday of Estelle Winwood. LONGEVITY! You know how I am a sucker for a life story that has longevity, reinvention, and perseverance. She lived 100 years and had a great life to show for it. The world is a better place because she was in it and still feels the loss that she has left.

BEST KNOWN FOR: English stage and film actress who moved to the United States in mid-career and became celebrated for her wit and longevity.

Born Estelle Ruth Goodwin in 1883 in Lee, Hundred of Blackheath, Kent, she decided at the age of five that she wanted to be an actress. With her mother’s support, but her father’s disapproval, she trained with the Lyric Stage Academy in London, before making her professional debut in Johannesburg at the age of 20. During the First World War, she joined the Liverpool Repertory Company before moving on to a career in London’s West End.

Like many stage actors of her era, she expressed a distaste for films and resisted the offers she received during the 1920s. Finally, she relented and made her film début in Night Angel (1931), but her scenes were cut before the film’s release. Her official film début came in The House of Trent (1933), and Quality Street (1937) was her first role of note. She made no cinematic films during the 1940s, but expressed a willingness to participate in the new medium of television, starring in a television production of Blithe Spirit in 1946. During the 1950s, she appeared more frequently in television than she did in film in such series as Robert Montgomery Presents, Alfred Hitchcock Presents, and The Donna Reed Show. She played the character Hortense in the episode “Where’s There’s a Will” (August 30, 1960) on the ABC sitcom The Real McCoys starring Walter Brennan. Her few films from that period include The Glass Slipper (1955), The Swan (1956), and 23 Paces to Baker Street (1956).

Her other work for television included guest roles in Dennis the Menace, The Twlight Zone, Thriller, Dr. Kildare, The Man from U.N.C.L.E., The Name of the Game, Bewitched, Batman, Love, American Style, Cannon, Police Story, The FBI, and the last episode of Perry Mason, titled “The Case of the Final Fade-Out”, in which she plays an aging actress who ends up as a second defendant. Estelle Winwood also appeared in Barnaby Jones; episode titled “Murder in the Doll’s House” (03/25/1973).

Winwood’s final film appearance, at age 92 in Murder by Death (1976), was as Elsa Lanchester’s character’s ancient nursemaid. In this film, she joined other veteran actors spoofing some of the most popular detective characters in murder mysteries on film and television (Dick and Dora Charleston, Jessica Marbles, etc.). When she took on her final major television role in a 1979 episode of Quincy, she officially became, at age 96, the oldest actor working in the U.S., narrowly beating fellow British actress Ethel Griffies. She continued making appearances until she was 100 years old. When she died at age 101, she was the oldest member in the history of the Screen Actors Guild.

Winwood was married four times, including successful theatre director, film director and producer Guthrie McClintic, character actor Arthur Chesney, a New Zealand rancher, and American actor Robert Henderson in 1944 in NYC, a man many years her junior, from whom Winwood lived apart in her later life, though he would visit her several times a year. Winwood and Henderson would divorce in California in 1977. Winwood had no children by any of her marriages.

She was very good friends with Tallulah Bankhead, who died in 1968. Bankhead, actresses Eva Le Gallienne and Blyth Daly, and she were dubbed “The Four Riders of the Algonquin” in the early silent film days, because of their appearances together at the Algonquin Round Table. Winwood appeared as a character in Answered Prayers, Truman Capote’s final, unfinished, thinly veiled roman à clef. In the novel, which uses her real name, she attends a drunken dinner party with Bankhead, Dorothy Parker, Montgomery Clift, and the novel’s narrator, P.B. Jones.

On her 100th birthday, she was asked how it felt to have lived so long. Her response was “How rude of you to remind me!” Bette Davis, a co-star from Dead Ringer, was photographed at Winwood’s side on the occasion in Hollywood, California.

Winwood died in her sleep in Woodland Hills, California, in 1984 at age 101. She was interred in the Westwood Village Memorial Park Cemetery.