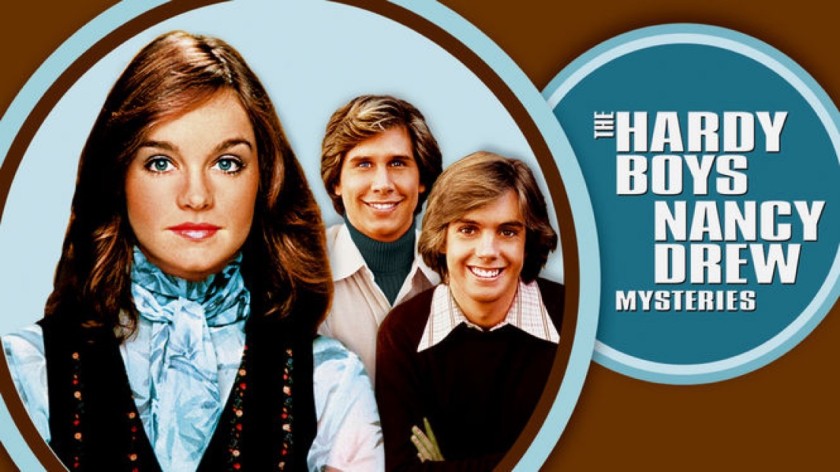 The Hardy Boys/Nancy Drew Mysteries (re-titled The Hardy Boys for season three) is a television mystery series based on Hardy Boys and Nancy Drew novel series. The series, which ran from January 30, 1977 to January 14, 1979, was produced by Glen A. Larson from Universal Television for ABC. Parker Stevenson and Shaun Cassidy starred as detective brothers Frank and Joe Hardy, respectively, while Pamela Sue Martin (later Janet Louise Johnson) starred as amateur sleuth Nancy Drew.

The Hardy Boys/Nancy Drew Mysteries was unusual in that it often dealt with the characters individually; the series alternated between episodes that featured the Hardys and episodes featuring Drew in its first season. As the series progressed, the two storylines crossed over, and the Nancy Drew character was drastically reduced, and then dropped, in favor of the Hardys.

All that is well and good, but it is just everything 1978, which I have long insisted is the best year of series television. Have a a look at this episode and just try to disagree.