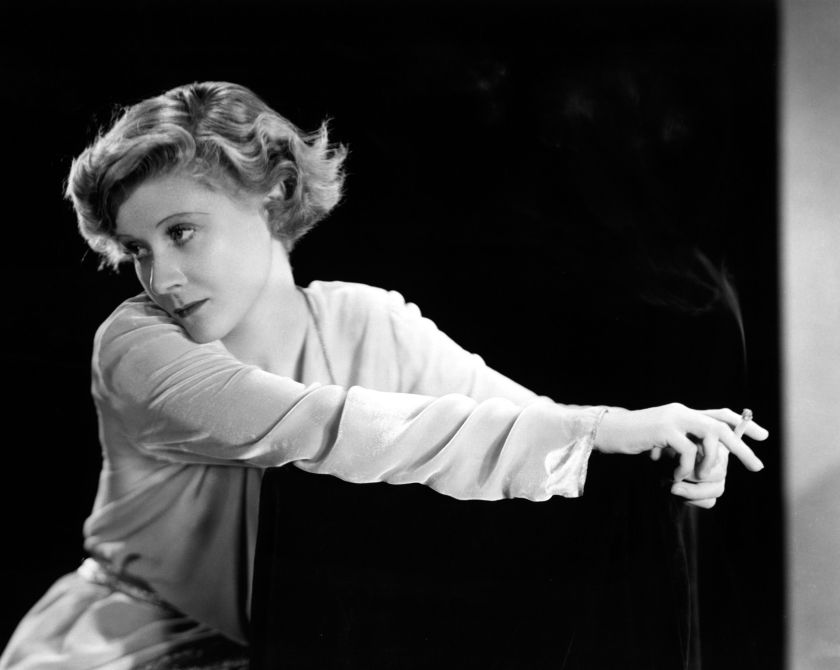 Today is the 113th birthday of the woman who’s ghost is said to be seen around Griffith Park, specifically the Hollywood sign, recognized by her attractiveness, her sadness and the strong scent of gardenia perfume.  Peg Entwistle’s story is the original Hollywood broken dream. The world is a better place because she was in it and still feels the loss that she has left.

Born Millicent Lilian Entwistle in Port Talbot, Wales to English parents, Robert Symes and Emily (née Stevenson) Entwistle, she spent her early life in West Kensington, London. It is often reported that her mother Emily died when she was very young, however, there is no documented evidence supporting this. There is, however, a Last Will and Testament dated 15 December 1922, in the Entwistle family archives, in which Robert Entwistle specifically ordered that “Millicent Lilian Entwistle is the daughter of my first wife whom I divorced and the custody of my said daughter was awarded to me. I do not desire my said daughter to be at any time in the custody or control of her said mother.” Reportedly, Peg Entwistle emigrated to America via Liverpool aboard the SS Philadelphia and settled in New York. However, documents and photographs made available by the Entwistle family for a biography show Peg Entwistle and her father were in Cincinatti, Ohio, and New York City, in early Spring of 1913. This information is also backed-up in the Internet Broadway Data Base, and the New York Times, where Robert S. Entwistle is listed in the cast of several plays in 1913. A close examination of the reported 1916 ship’s manifest show that Peg Entwistle and her father were returning to the United States, not emigrating. In 1921 Robert Entwistle’s second wife, Lauretta Amanda Entwistle died and in 1922, after being the victim of a hit-and-run. She and her two younger half-brothers were taken in by their uncle, who had come with them to New York and was the manager of Broadway actor Walter Hampden.

On Sunday, 18 September 1932, an anonymous woman telephoned the police and said that while hiking she had found a body below the Hollywoodland sign (now known as the Hollywood sign) and then, according to a police transcript of the call, “wrapped a jacket, shoes and purse in a bundle and laid them on the steps of the Hollywood Police Station.” A detective and two radio car officers found the body of a moderately well-dressed, blonde-haired, blue-eyed woman in the 100-foot ravine below the sign. Entwistle remained unidentified until her uncle connected her two-day absence with the description and initials P.E. on a suicide note which had been found in the purse and published by the newspapers. He said that on Friday the 16th she had told him she was going for a walk to a drugstore and see some friends. The police surmised that instead, she made her way from his Beachwood Drive home up the nearby southern slope of Mount Lee to the foot of the Hollywoodland sign, climbed a workman’s ladder to the top of the “H” and jumped. The cause of death was listed by the coroner as “multiple fractures of the pelvis.”

The suicide note as published read:

I am afraid, I am a coward. I am sorry for everything. If I had done this a long time ago, it would have saved a lot of pain.  – P.E.

Entwistle’s death brought wide and often sensationalized publicity. Her funeral was held in Hollywood and the body was cremated, with the ashes later sent to Glendale, Ohio for burial next to her father in Oak Hill Cemetery, where they were interred on 5 January 1933.

It’s also worth noting that Peg’s ex-husband, Robert Keith, had had a son, Brian, from a prior marriage. Peg’s stepson Brian Keith grew up to become a famous actor, best known for his role as “Uncle Bill” on the hit TV show, “Family Affair.” Brian Keith also committed suicide in 1997.

In the years following Peg’s suicide, hikers and park rangers in Griffith Park have reported some pretty strange happening in the vicinity of the Hollywood sign. Many have reported sightings of a woman dressed in 1930’s era clothing who abruptly vanishes when approached. She has been described as a very attractive, blond woman, who seems very sad. Could this be Peg’s ghost, still making her presence known? Could she also be linked to the pungent smell of gardenia perfume which has been known to overwhelm sight-seers in the park? Perhaps it is, as the gardenia scent was known to be Peg’s trademark perfume.