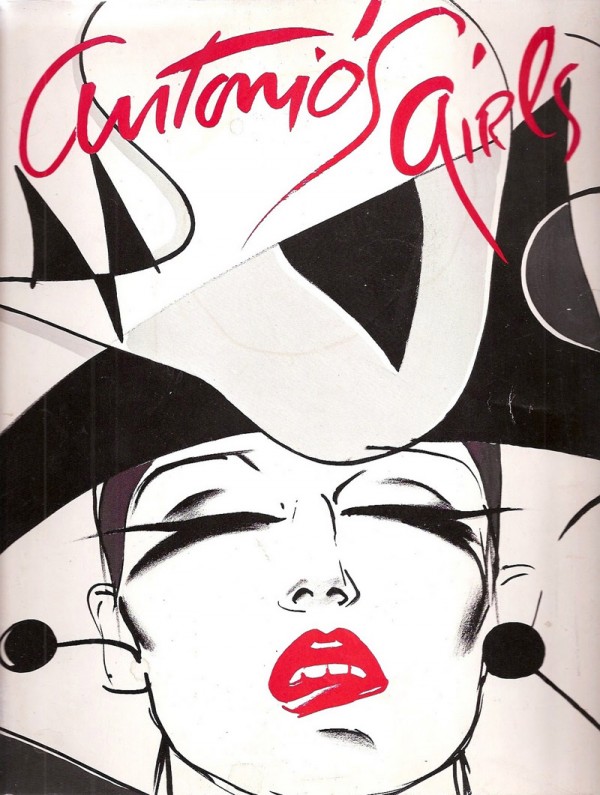 Today is the 78th Birthday of the fashion illustrator Antonio Lopez.  His works are responsible ‘legitimizing’ fashion illustration into ta fine art and in turn, making art accessible and understandable to a wider amount of people.  The world is a better place because he was in it and still feels the loss that he has left.

BEST KNOWN FOR: Antonio Lopez was a fashion illustrator whose work appeared in such publications as Vogue, Harper’s Bazaar, Elle, Interview and The New York Times. Several books collecting his illustrations have been published.

Antonio Lopez was born in Utuado, Puerto Rico in 1943. His family moved to Spanish Harlem in 1950 where he showed early promise as an artist making drawings for his mother who was a seamstress and dressmaker. In the early 1960s he enrolled on a course at the Fashion Institute of Technology (FIT) in New York where he met Juan Ramos who became his life long partner, and collaborator. While a student at FIT he participated in a work-study program at Womens Wear Daily where his talent was immediately recognized. He was offered a job at WWD and dropped out of FIT before joining The New York Times in 1963 where his style continued to develop. He was soon freelancing for Harper’s Bazaar, British Vogue and French Elle.

In 1969 he moved to Paris with Ramos where they lived in an apartment owned by Karl Lagerfeld. At this point he was being commissioned by all the leading fashion magazines and contributed several pages of drawings to the April in Paris issue of Andy Warhol’s Interview Magazine. Antonio and Ramos returned to New York in 1975 and set up a studio at 876 Broadway. Three years later they moved into a space on Union Square West. In 1981 he began collaborating with Anna Piaggi on the magazine Vanity. His self-portrait graced the cover of the first issue launched in September 1981.

Amongst many others, Antonio hung out with and drew Jerry Hall, with whom he shared a flat, Grace Jones, Pat Cleveland, Tina Chow and Jessica Lange, all of whom featured in the 1982, Antonio Girls published by New York Congreve. This book was followed in 1985 by Antonio’s Tales of 1001 Nights published by Stewart, Tabori & Chang.

Antonio died from an AIDS related illness in Los Angeles 1987. He was forty four years old.

For Antonio, life – bestial and sublime – surpassed any fiction. His illustrations and photographs capture the beautiful people who are part of celebrity folklore, and who were more often than not his friends: Jerry Hall (to whom he was engaged), Grace Jones, Mick Jagger, Audrey Hepburn, Andy Warhol (with whom he worked on Interview magazine), Paloma Picasso and Marlene Dietrich.