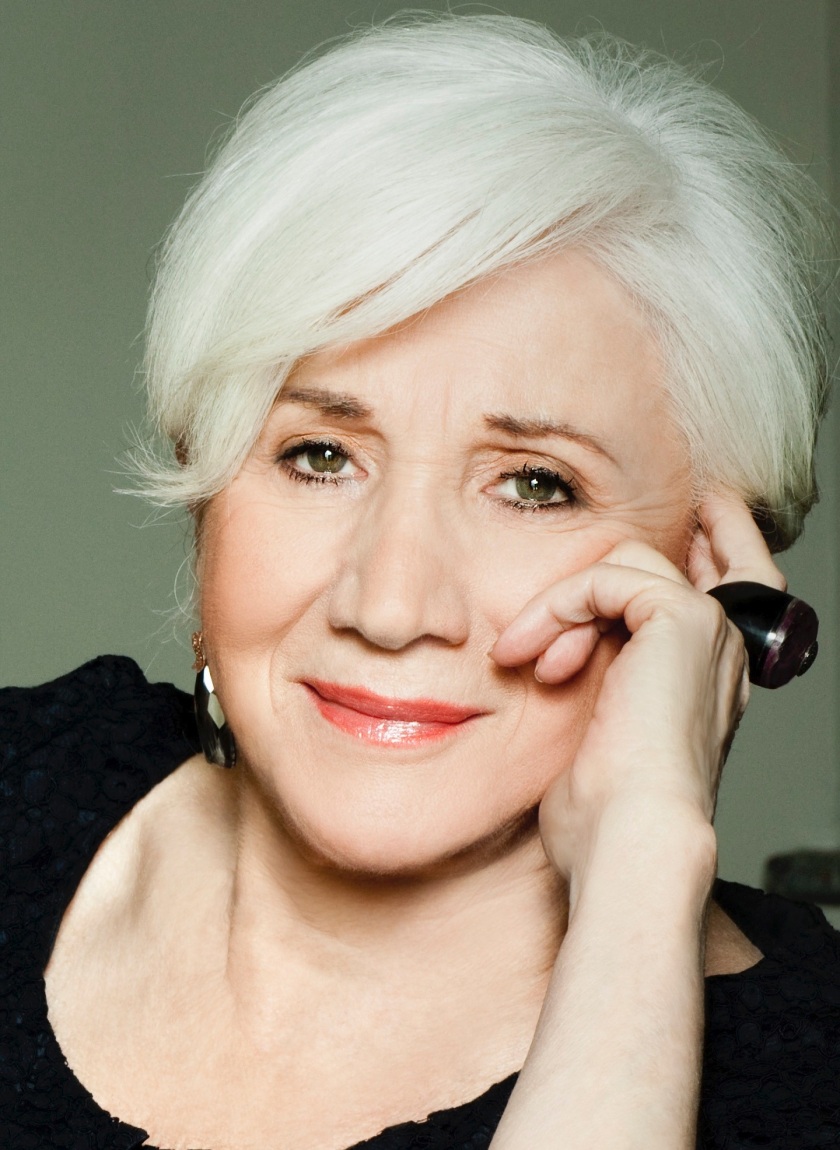 Today is the 90th birthday of the actor Olympia Dukakis. She has an enormous resume and I am sure that everyone has their favorite Olympia Dukakis experience. I say ‘experience’ because mine is her character in Tales of the City, I watched it at a time in my life that I longed for my own found family and that series embodied an experience I craved. The world is a better place because she was in it and and still feels the loss that she has left.

BEST KNOWN FOR: Olympia Dukakis was an American actress, director, producer, teacher and activist. She performed in more than 130 stage productions, more than 60 films and in 50 television series.

Olympia Dukakis was born in Lowell, Massachusetts, on June 20, 1931, the daughter of Constantine S. “Costa” and Alexandra “Alec”. Her parents were Greek immigrants; her father originally from Turkey and her mother from the Peloponnese. She had a brother named Apollo, six years her junior. As a girl, she dominated in sports and was a three-time New England fencing champion. She contended with pressures within her patriarchal Greek family and around her, “in a neighborhood where ethnic discrimination, particularly against Greeks, was routine.”

Dukakis was an alumna of Arlington High School in Arlington, Massachusetts, and was educated at Boston University where she majored in physical therapy, earning a BA, which she made use of when treating patients with polio during the epidemic. She later returned to BU and earned a Master of Fine Arts degree in performing arts.

Prior to her film career, Dukakis began a decades-long stage life working in 1961 in productions at the Williamstown Summer Theater, in the northwestern corner of Massachusetts. Once out of that corner of New England and hitting the pavement of the Great White Way, it didn’t take long for her to be recognized for her talent and skill. In 1963, Dukakis’ early life Off-Broadway was rewarded with an Obie Award for Distinguished Performance, as Widow Leocadia Begbick in Man Equals Man (a.k.a., A Man’s A Man). But her stage work began across the summer of 1961, in productions at the Williamstown Summer Theatre, she continued to perform there every few years, with her last appearance on that stage occurring in 2003, where she played multiple roles in The Chekov Cycle. By 1963, she had begun her career on screen. Transitioning to a professional life centered in New York City, she performed many times in productions in Central Park at the renowned Delacorte Theater. Returning to Western Massachusetts in 2013 for her last stage performance, she played Mother Courage in Mother Courage and Her Children at Shakespeare & Company, in Lenox, Massachusetts.

With her husband, Louis Zorich, and with other acting couples, she co-founded the Whole Theater Company. The company’s first play was Our Town, in 1973. With Dukakis serving as artistic director, the theater rolled out five productions per season for almost two decades. Across that span, productions included the works of Euripides, Eugene O’Neill, Samuel Beckett, Tennessee Williams, Edward Albee, and Lanford Wilson. Among the actors performing with Dukakis and her husband were José Ferrer, Colleen Dewhurst, Blythe Danner, and Samuel L. Jackson.

Dukakis’ prolific stage directing credits include many of the classics: Orpheus Descending, The House of Bernarda Alba, Uncle Vanya, and A Touch of the Poet, as well as the more contemporary; One Flew Over the Cuckoo’s Nest and Kennedy’s Children. She also adapted such plays as “Mother Courage” and The Trojan Women for her Montclair, New Jersey situated theater company. Her Broadway theatre credits include Who’s Who in Hell and Social Security. She appeared in Martin Sherman’s one-woman play, Rose, entirely a monologue about a woman who survived the Warsaw Ghetto, in London and then on Broadway. For the role, she won the 2000 Outer Critics Circle Awards for Outstanding Solo Performance. Twenty-two years after earning her first Obie, she won her second in 1985, a Ensemble Performance Award, for playing Soot Hudlocke in The Marriage of Bette and Boo.

In 1962, Dukakis married fellow Manhattan stage actor Louis Zorich. Planning for a family, they moved out of the city in 1970 to settle in Montclair, New Jersey. It was there they raised their three children: Christina, Peter and Stefan. They had four grandchildren.

In her 2003 autobiography, Ask Me Again Tomorrow: A Life in Progress, Dukakis describes the challenges she faced as a first-generation Greek-American in an area with anti-Greek ethnic bigotry, violence and discrimination; difficulties with her mother and in other relationships; and battles with substances and chronic illness. Her life off the screen and stage was very active. She taught acting for 15 years at NYU and gave master classes for professional theatre universities, colleges and companies across the country. She received the National Arts Club Medal of Honor.

For 10 years she studied with Indian mentor Srimata Gayatri Devi in the Vedanta school of Hindu philosophy. A strong advocate for women’s rights and LGBT rights, including same-sex marriage, Dukakis embraced the roles of a trans landlady in Tales of the City, and a butch lesbian in Cloudburst. She was a figure on the lecture circuit discussing topics such as women living with chronic illness, life in the theater, the environment, and feminism. She is quoted as having said, “I recognize that the real pulse of life is transformation, yet I work in a world dominated by men and the things men value, where transformation is not the coinage. It’s not even the language!”

After a period of ill health, Dukakis died under hospice care at her home in Manhattan on May 1, 2021, at the age of 89.

The Nurses
Dr. Kildare
Nicky’s World
Great Performances
The Andros Targets
FDR: The Final Years
Breaking Away
American Playhouse
One of the Boys
The Neighborhood
Search for Tomorrow
The Equalizer
Lucky Day
The General Motors Playwrights Theater
Fire in the Dark
Sinatra
Tales of the City
Young at Heart
Touched by an Angel
Heaven Will Wait
A Match Made in Heaven
Scattering Dad
The Pentagon Wars
More Tales of the City
A Life for a Life
Joan of Arc
The Last of the Blonde Bombshells
And Never Let Her Go
Ladies and the Champ
Further Tales of the City
My Beautiful Son
Guilty Hearts
The Simpsons
Frasier
Mafia Doctor
It’s All Relative
The Librarian: Quest for the Spear
Center of the Universe
Numbers
The Librarian: Return to King Solomon’s Mines
Worst Week
Bored to Death
Law & Order: Special Victims Unit
The Christmas Spirit
Mike & Molly
Sex & Violence
Forgive Me
F to 7th
Big Driver
TripTank
Tales of the City