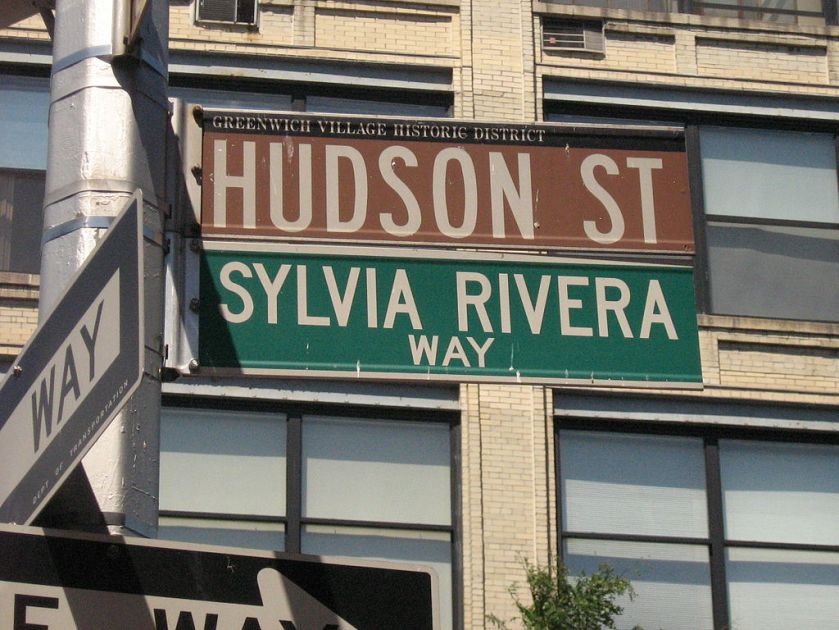 Today is the 70th birthday of the activist Sylvia Rivera. Every single person waving a rainbow flag last month owes her a debt of gratitude. It is because of her relentless fight to be seen and heard that we have the freedoms and privileges that we have. Her bravery created your comfort. The world is a better place because she was in it and still feels the loss that she has left.

BEST KNOWN FOR: Sylvia Rivera was a Latina-American drag queen who was a gay and transgender activist in the 1960s and 70s. She’s known for participating in the Stonewall Riots of 1969 and establishing the political organization STAR.

Born on July 2, 1951, in the Bronx, New York, Rivera had a troubled childhood. Hailing from Puerto Rican and Venezuelan descent, Rivera was abandoned by her father shortly after birth and orphaned as a toddler when her mother committed suicide.

Raised by her grandmother, Rivera was rejected and beaten for her effeminate behavior. By age 11, she ran away from home and became a child prostitute, working in the Times Square area. While living on the streets, Rivera met a group of drag queens who welcomed her into their fold, and it was with their support, she became “Sylvia” and identified as a drag queen. Later in life, she would consider herself transgender, although she disliked labels.

With the surge of the Civil Rights Movement, the Women’s Rights Movement and the Vietnam War protests of the 1960s, Rivera’s activism began to take shape. In 1969, at age 17, she took part in the famous Stonewall Riots by allegedly throwing the second molotov cocktail in protest to a police raid of the gay bar the Stonewall Inn in Manhattan. The event was one of the major catalysts of the gay liberation movement and to further push the agenda forward, Rivera co-founded the group, the Gay Liberation Front.

In later interviews, she reminisced about her special place in history. “We were the frontliners. We didn’t take no s**t from nobody… We had nothing to lose.”

Along with the establishment of the Gay Liberation Front, Rivera teamed up with friend Marsha P. Johnson to co-found STAR (Street Transvestite Action Revolutionaries), a group that helped support and empower gay, trans, and gender-fluid youth, in 1970.

Defiant of labels, Rivera confounded many in the mainstream gay liberation movement because of her own diverse and complex background: She was poor, trans, a drag queen, a person of color, a former sex worker, and someone who also experienced drug addiction, incarceration and homelessness. For all of these reasons, Rivera fought for not only gay and trans rights but also racial, economic and criminal justice issues.

Initially in public support of the Gay Rights Bill, Rivera felt betrayed when the bill — which took 17 years to become New York law in 1986 — ultimately excluded the rights of the transgender community.

“They have a little backroom deal without inviting Miss Sylvia and some of the other trans activists to this backroom deal with these politicians. The deal was, ‘You take them out, we’ll pass the bill,'” Rivera explained at an LGBT talk in 2001.
‘Ya’ll Better Quiet Down’ Speech

These “backroom deals” Rivera was referencing were being led by gay middle-class white men as well as lesbian feminists who didn’t understand nor shared her passion for marginalized groups within the gay community. Angered by their lack of inclusion, Rivera delivered her fiery “Ya’ll Better Quiet Down” speech in New York City at the Christopher Street Liberation Day Rally in Washington Square Park in 1973 amid boos from the crowd:

“You all tell me, go and hide my tail between my legs.
I will no longer put up with this shit.
I have been beaten.
I have had my nose broken.
I have been thrown in jail.
I have lost my job.
I have lost my apartment.
For gay liberation, and you all treat me this way?
What the fuck’s wrong with you all?
Think about that!”

Feeling betrayed by the movement she had fought so long and hard for, Rivera left STAR and disappeared from activism for the next 20 years. She returned to fight for trans issues starting in the mid-1990s amid cultural conversations around issues like gay marriage and the LGBTQ community serving in the military.

On the 25th anniversary of the Stonewall Riots, Rivera participated in New York City’s pride parade and shared a few thoughts.

“The movement had put me on the shelf, but they took me down and dusted me off,” she said. “Still, it was beautiful. I walked down 58th Street and the young ones were calling from the sidewalk, ‘Sylvia, Sylvia, thank you, we know what you did.’ After that, I went back on the shelf. It would be wonderful if the movement took care of its own.”

She is considered one of the pivotal figures who ensured the “T” in LGBTQ and the only transgender person included in the National Portrait Gallery at the Smithsonian.

In honor of Rivera’s activism in the gay and trans community, The Sylvia Rivera Law Project (SRLP) was founded in 2002 — the same year of her death. As a legal aid organization, SRLP “works to guarantee all people are free to self-determine gender identity and expression, regardless of income and race, and without facing harassment, discrimination or violence” by giving gay, trans and gender-fluid individuals access to legal services, as well as teaching leadership and advocacy skills