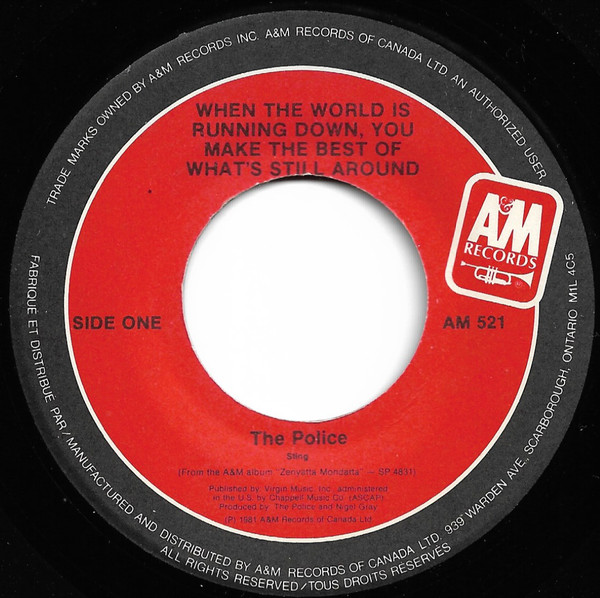 A characteristic Police offering, this is a catchy and groove-driven track that’s also one of countless ’80s songs that isn’t necessarily about anything on the surface but is actually influenced by the darkness hanging over everything at the decade’s opening. It’s actually told from some kind of post-apocalyptic landscape, the narrator listing his possessions and always following them with a “same one I’ve had for years.” Because, you know, society ended.