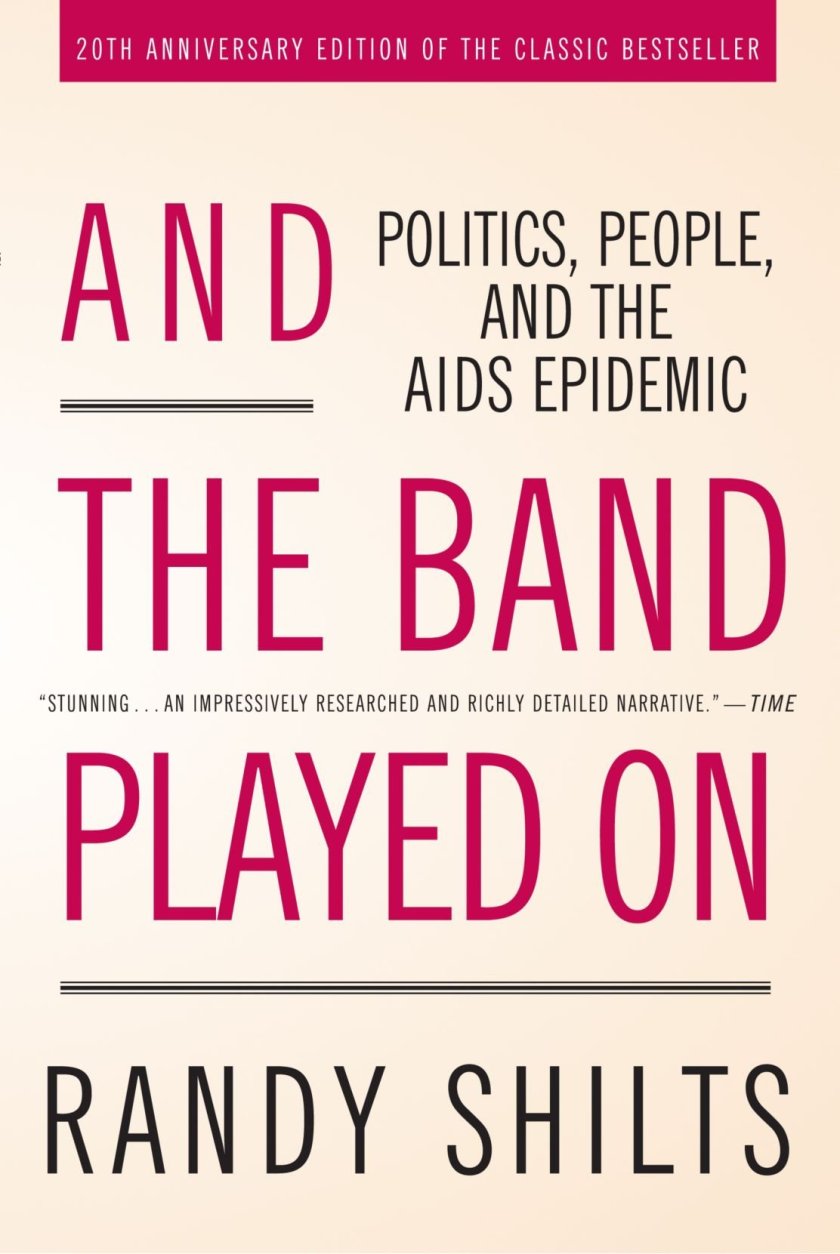 Today is the 70th birthday of Randy Shilts, the author of the Harvey Milk biography and the book And The Band Played On, of which I can see my copy as I type this.  You absolutely have to read the book and/or watch the film, it is your job as a human to understand, empathize, and learn.  Always strive for more understanding.  I first read And The Band Played On one Summer at Interlochen, it was before I had any direct connection to HIV/AIDS.  Since then, I have worked with, befriended, and loved people living with HIV.  I have volunteered hundreds of hours and raised thousands of dollars to support people living with HIV/AIDS, to educate youth about HIV/AIDS, and to research a cure for HIV/AIDS.  The world is a better place because he was in it and still feels the loss that he has left.

BEST KNOWN FOR: Chronicler of AIDS, biographer of Harvey Milk

Randy Shilts was the first openly gay reporter at a mainstream metropolitan newspaper, and the author of three landmark books: the biography of his assassinated friend Harvey Milk, The Mayor of Castro Street; the definitive account of the early years of the battle against AIDS, And the Band Played On; and the study of the US military’s “Stalinesque” discrimination against gay soldiers, Conduct Unbecoming.

Shilts grew up in Aurora, Illinois, where as a young man he organized a local chapter of the conservative/libertarian group Young Americans for Freedom. Attending college in Oregon, he came out as gay at 19 years of age in 1971, and became a leader in the newly-formed Gay People’s Alliance. After earning a degree in journalism he went to work to The Advocate, and later covered San Francisco news on local radio, television, and in the pages of the San Francisco Chronicle. He covered the first outbreaks of the new “gay cancer”, first called Gay-Related Immune Deficiency (GRID) but now knows as Acquired Immune Deficiency Syndrome (AIDS). As the pandemic developed, Shilts became the Chronicle‘s lead reporter on the disease, and battled editors over both the explicit language necessary for covering AIDS and the paper’s early tendency to hide his reports deep in the Chronicle‘s inner pages.

By the time AIDS made the front pages, Shilts had criticized both the Reagan administration and some prominent gay groups for effectively pretending AIDS did not exist. He was called “a gay Uncle Tom” for reporting on common but dangerous sex practices in the city’s infamous bathhouses, but his call for safer sex practices has since come to be accepted as simply common sense. A frequent patron of the bathhouses himself before the danger was understood, Shilts was only 42 when he died of AIDS on 17 February 1994. He wrote the last chapters of his third book from his hospital bed, and in a pre-publication interview told the New York Times, “HIV is certainly character-building. It’s made me see all of the shallow things we cling to, like ego and vanity. Of course, I’d rather have a few more T-cells and a little less character.”

Author of books:
The Mayor of Castro Street: The Life and Times of Harvey Milk (1982, biography)
And the Band Played On: Politics, People, and the AIDS Epidemic (1987, social studies)
Conduct Unbecoming: Gays and Lesbians in the U.S. Military (1993, social studies)