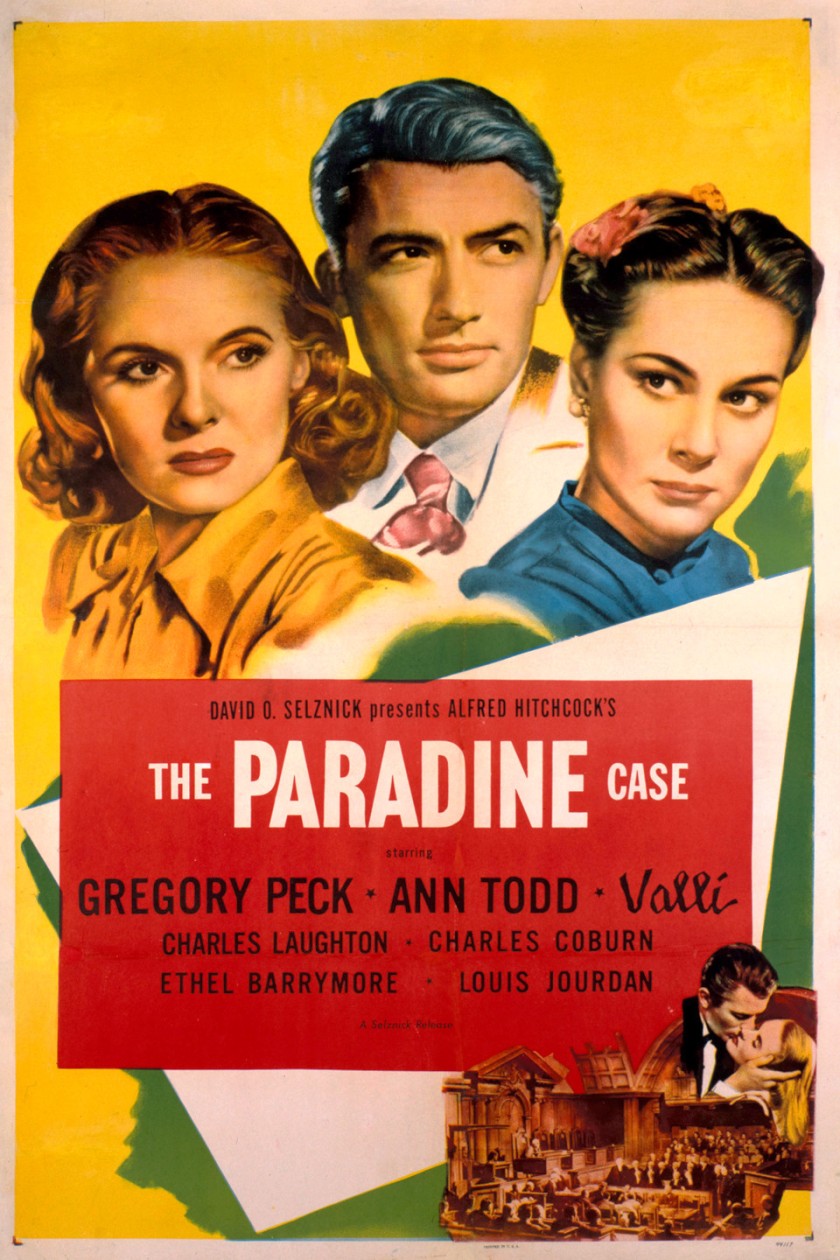 Alfred Hitchcock made cameo appearances in 40 of his 54 major films. For the films in which he appeared, he would be seen for a brief moment in a non-speaking part as an extra, such as boarding a bus, crossing in front of a building, standing in an apartment across the courtyard, or even appearing in a newspaper photograph. During the filming of The Lodger, Hitchcock later said his cameo came about at the last minute because the actor who was supposed to play the bit part of a telephone operator failed to show up, so Hitchcock filled in for him. This playful gesture became one of Hitchcock’s trademark signatures; and fans would make a sport of trying to spot his cameos. As a recurring theme, he would carry a musical instrument – especially memorable was the double bass case that he wrestles onto the train at the beginning of Strangers on a Train. In his earliest appearances, he filled in as an obscure extra in crowds or walking through scenes in long camera shots. His later appearances became more prominent, such as when he turns to see Jane Wyman’s disguise as she passes him in Stage Fright, and in stark silhouette in his final film Family Plot.

His appearances became so popular that he began to make them earlier in his films so as not to distract the audience from the plot. Hitchcock confirms this in extended interviews with François Truffaut, and indeed the majority of his appearances occur within the first half-hour of his films, with over half in the first 15 minutes.

Hitchcock’s cameo in The Paradine Case (1947) occurs about 36 minutes into the film, where is seen smoking and carrying a cello at a Cumbrian railway station. The second unit footage of the station was filmed at Braithwaite Station in the Lake District, which was a stop on the Cockermouth, Keswick and Penrith Railway. The station closed in the mid-1960s and is now a private residence.