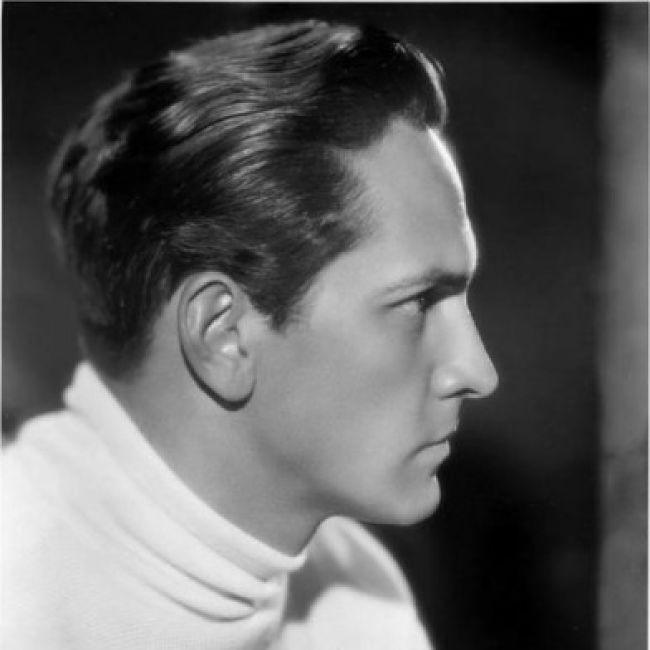 Today is the 124th birthday of the actor Fredric March.  I have so many favorites of his films that I believe you could not go wrong in choosing any of them.  The world is a better place because he was in it and still feels the loss that he has left.

BEST KNOWN FOR: Actor Frederic March won his first Oscar for the title role in the 1931 film Dr. Jekyll and Mr. Hyde. His stage and film career lasted until 1973.

March developed his interest in acting while a student at the University of Wisconsin. After graduating in 1920, he moved to New York City to work in a bank, but he soon began to pursue a career in acting. For the next six years March accepted numerous small roles in plays and in films before landing his first Broadway leading role in The Devil in the Cheese (1926). While appearing in a stock company, he met actress Florence Eldridge, who became his wife in 1927. In the decades that followed, they built a reputation as a prominent theatrical team.

March’s parody of John Barrymore in a 1928 touring production of The Royal Family earned him a five-year contract with Paramount Pictures, and he received his first Academy Award nomination for reprising the Barrymore role in the retitled screen adaptation, The Royal Family of Broadway (1930). His best-known film performance from his early years was a dual role in the horror classic Dr. Jekyll and Mr. Hyde (1931); it won March his first Academy Award.

His Paramount contract, which expired in 1933, was March’s only long-term studio contract; for the remainder of his lengthy career, he freelanced—a rarity in the days of the Hollywood studio system. Throughout the next decade, he created memorable roles in films for various studios, most notably The Barretts of Wimpole Street (1934), Death Takes a Holiday (1934), Les Misérables (1935), Anthony Adverse (1936), Nothing Sacred (1937), A Star Is Born (1937; his third Oscar-nominated performance), The Buccaneer (1938), Bedtime Story (1941), I Married a Witch (1942), and The Adventures of Mark Twain (1944).

In 1942 March returned to Broadway in Thornton Wilder’s The Skin of Our Teeth, and for the rest of his career he alternated between Hollywood films and the New York stage. He needed little training to adapt his skills to either medium, instinctively knowing if a gesture or facial expression was too broad for the screen or too subtle for the stage. March disdained the internal “method” approach to his craft. Upon accepting a script, he learned his lines quickly so that he had time to absorb the nuances of each word. This cerebral approach occasionally resulted in stolid, emotionally unconvincing performances (especially during his younger years when he was often cast in one-dimensional leading man roles), but it more often produced compelling, complex characterizations.

March aged gracefully into the character roles he was offered in later years. Two of his Broadway performances received considerable acclaim: A Bell for Adano (1944) and Years Ago (1947), the latter performance winning a Tony Award. In between playing the two stage roles, he won a second Oscar for what may be his most renowned screen role, that of the emotionally repressed World War II veteran in William Wyler’s The Best Years of Our Lives (1946). His career faltered somewhat during the 1950s and into the ’60s, but highlights include his Oscar-nominated performance as Willy Loman in Death of a Salesman (1951), his role as a suburban homeowner terrorized by a gang of thugs in The Desperate Hours (1955), his William Jennings Bryan-based character in Inherit the Wind (1960), a turn as the president of the United States in Seven Days in May (1964), and a role as the corrupt Indian agent in Hombre (1967). March appeared on Broadway between film roles, winning a second Tony Award for originating the role of James Tyrone in Eugene O’Neill’s Long Day’s Journey into Night (1956). His final performance, as Harry Hope in the film adaptation of O’Neill’s The Iceman Cometh (1973), was especially strong.