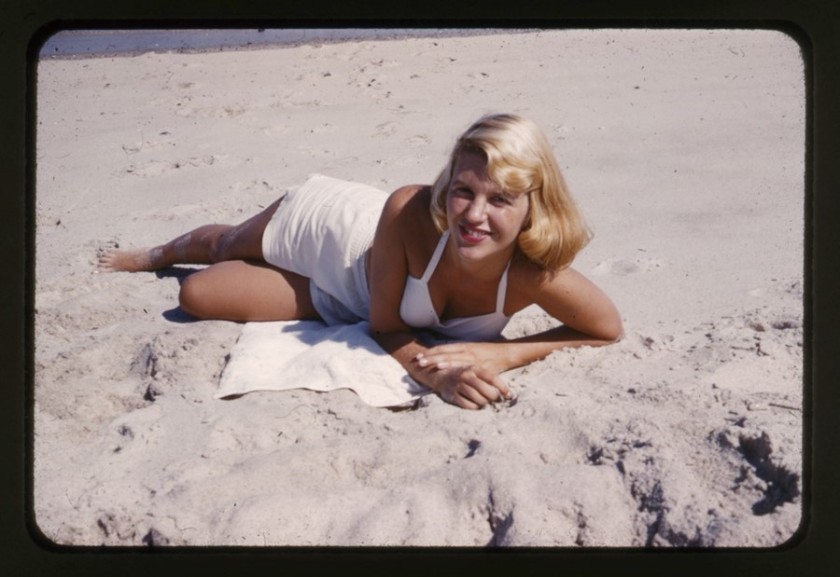 Today is the 89th birthday of Sylvia Plath.  I have a handful of favorite poems that became my favorites because they perfectly encapsulated a feeling I was experiencing at the time in my life when I first read them.  Even though circumstances change and the poems are no longer looked upon as my own personal theme, they still remind me of that time when I fell in love with them.  Reading them again is like looking at a snapshot of a car you used to own:  you are filled with fond memories of shared experiences, a bit of loss, and a lot of longing.  That crossfire of emotions is exactly how I feel about Sylvia Plath’s “Ennui.”  I think I must have first looked up the word ‘ennui’ because it was in a book I was reading and immediately fell in love with it, those French with their amazing words for everything.  Words for what feels like there are no words.  It is one of the most brilliantly written first lines of a poem I have ever read.  The world is a better place because she was in it and still feels the loss that she has left.

ennui = A gripping listlessness or melancholia caused by boredom; depression.

designing futures where nothing will occur:

cross the gypsy’s palm and yawning she

will still predict no perils left to conquer.

of, while blasé princesses indict

tilts at terror as downright absurd.

The beast in Jamesian grove will never jump,

while bored arena crowds for once look eager,

hoping toward havoc, neither pleas nor prizes

shall coax from doom’s blank door lady or tiger.

BEST KNOWN FOR: Sylvia Plath was an American poet best known for her novel The Bell Jar, and for her poetry collections The Colossus and Ariel.

Poet and novelist Sylvia Plath was born on October 27, 1932, in Boston, Massachusetts. Sylvia Plath was a gifted and troubled poet, known for the confessional style of her work. Her interest in writing emerged at an early age, and she started out by keeping a journal. After publishing a number of works, Plath won a scholarship to Smith College in 1950.

While she was a student, Sylvia Plath spent time in New York City during the summer of 1953 working for Mademoiselle magazine as a guest editor. Soon after, Plath tried to kill herself by taking sleeping pills. She eventually recovered, having received treatment during a stay in a mental health facility. Plath returned to Smith and finished her degree in 1955.

A Fulbright Fellowship brought Sylvia Plath to Cambridge University in England. While studying at the university’s Newnham College, she met the poet Ted Hughes. The two married in 1956 and had a stormy relationship. In 1957, Plath spent time in Massachusetts to study with poet Robert Lowell and met fellow poet and student Ann Sexton. She also taught English at Smith College around that same time. Plath returned to England in 1959.

A poet on the rise, Sylvia Plath had her first collection of poetry, The Colossus, published in England in 1960. That same year, she gave birth to her first child, a daughter named Freida. Two years later, Plath and Hughes welcomed a second child, a son named Nicholas. Unfortunately, the couple’s marriage was failing apart.

After Hughes left her for another woman in 1962, Sylvia Plath fell into a deep depression. Struggling with her mental illness, she wrote The Bell Jar (1963), her only novel, which was based on her life and deals with one young woman’s mental breakdown. Plath published the novel under the pseudonym Victoria Lucas. She also created the poems that would make up the collection Ariel (1965), which was released after her death. Sylvia Plath committed suicide on February 11, 1963.

Much to the dismay of some admirers of Sylvia Plath, Ted Hughes became her literary executor after her death. While there has been some speculation about how he handled her papers and her image, he did edit what is considered by many to her greatest work, Ariel. It featured several of her most well-known poems, including “Daddy” and “Lady Lazarus.” He continued to produce new collections of Plath’s works. Sylvia Plath won the Pulitzer Prize in 1982 for Collected Poems. She is still a highly regarded and much studied poet to this day.

The story of Sylvia Plath—her troubled life and tragic death—was the basis for the 2003 biopic Sylvia starring Gwyneth Paltrow in the title role.