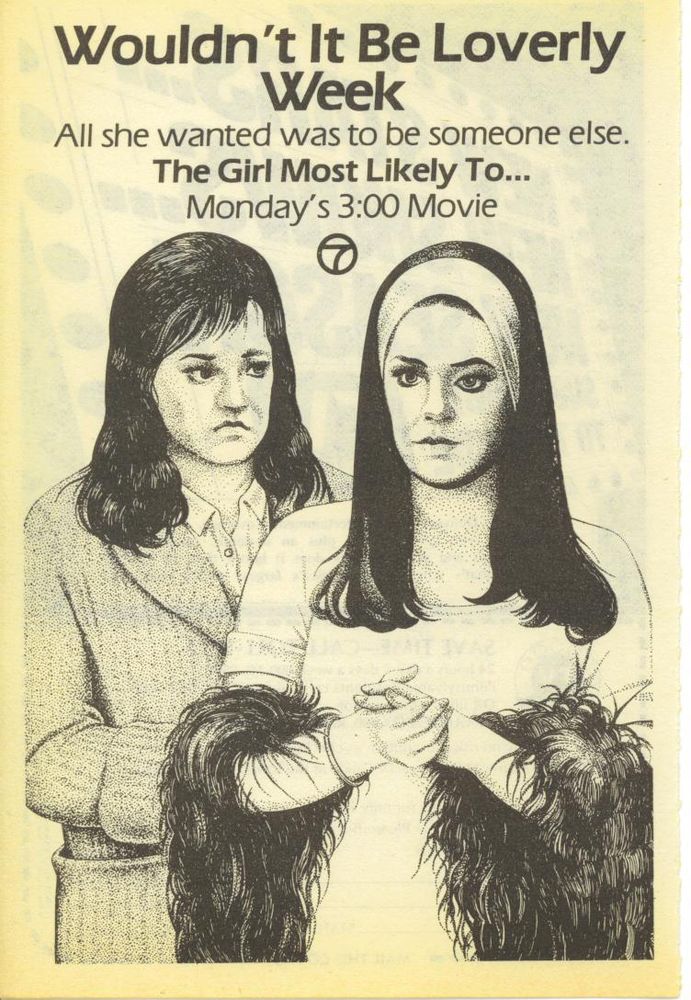 Forty-eight years ago today, the film The Girl Most Likely To… premiered. Written by Joan Rivers, staring Stockard Channing and Ed Asner. You really absolutely have to watch this film.  Yes, I am suggesting you watch a TV movie from the early 70’s.  It is the ultimate revenge film, a lot like The Count of Monte Cristo, but with a bigger hair and makeup budget.  It’s so good.

The Girl Most Likely to… is a black comedy with slight psychological thriller elements written by Joan Rivers and starring Stockard Channing and Edward Asner. The film was released on November 6, 1973 as a made-for-television movie broadcast on the ABC Movie of the Week. The film is about Miriam Knight, an intelligent but unattractive young woman who is disrespected by those around her. After being humiliated by the malicious pretty girl, she tearfully speeds away from the college campus. She is involved in an automobile accident. She requires reconstructive surgery on her face. Once the bandages are removed, they reveal a brunette bombshell. From the moment she steps outside the room in the hospital, she makes it her mission to exact vengeance on all those who did her wrong. It is at this point in the film where the psychological thriller elements begin to appear. Edward Asner stars as a police inspector who is the only one who figures out what she has done and why.

The film has achieved considerable cult status over the years — rare for a film made for television. Partly because of this, it was released on DVD in 2006.