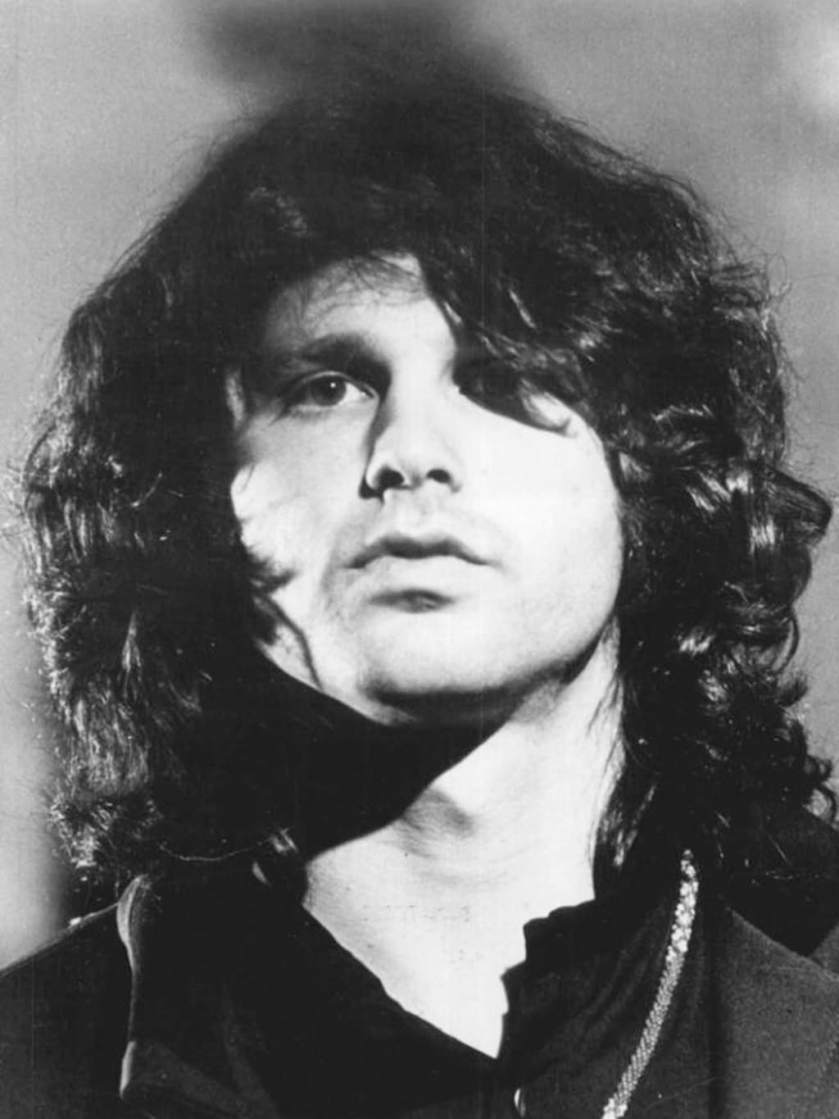 Today is the 78th birthday of the singer Jim Morrison. His music helped define a decade and generation. The world is a better place because he was in it and and still feels the loss that he has left.

BEST KNOWN FOR: Jim Morrison was the charismatic singer and songwriter for the 1960 rock group the Doors until his death in Paris at age 27.

Singer and songwriter Jim Morrison was born James Douglas Morrison on December 8, 1943, in Melbourne, Florida. His mother, Clara Clarke Morrison, was a homemaker, and his father, George Stephen Morrison, was a naval aviator who rose to the rank of Rear Admiral. George Morrison was the commander of U.S. naval forces aboard the flagship USS Bon Homme Richard during the 1964 Gulf of Tonkin Incident that helped ignite the Vietnam War. Admiral Morrison was also a skilled pianist who enjoyed performing for friends at parties. Jim Morrison’s younger brother Andy remembered, “There was always a big crowd around the piano with my dad playing popular songs that he could pick up by ear.”

During his early years, Jim Morrison was a dutiful and highly intelligent child, excelling at school and taking a particular interest in reading, writing and drawing. He underwent a traumatic but formative experience around the age of five when driving with his family through the New Mexico desert. A truck packed with Indian workers had crashed, leaving dead and mutilated bodies of the victims strewn across the highway.

Morrison recalled: “…all I saw was funny red paint and people lying around, but I knew something was happening, because I could dig the vibrations of the people around me, ’cause they’re my parents and all, and all of a sudden I realized that they didn’t know what was happening any more than I did. That was the first time I tasted fear.” Although his family members have since suggested that Morrison exaggerated the incident, it nevertheless made a deep impression on him that he described years later in the lyrics of his song “Peace Frog”: “Indians scattered on dawn’s highway bleeding/ Ghosts crowd the young child’s fragile eggshell mind.”

Morrison moved frequently as a child due to his father’s naval service, first from Florida to California and then to Alexandria, Virginia, where he attended George Washington High School. As a teen, Morrison began to rebel against his father’s strict discipline, discovering alcohol and women and bristling at various forms of authority. “One time he told the teacher he was having a brain tumor removed and walked out of class,” his sister Anne recalled. Nevertheless, Morrison remained a voracious reader, an avid diarist and a decent student. When he graduated from high school in 1961, he asked his parents for the complete works of Nietzsche as a graduation present—a testament to both his bookishness and rebelliousness.

Upon graduating from high school, Morrison returned to his birth state to attend Florida State University in Tallahassee. After making the Dean’s List his freshman year, Morrison decided to transfer to the University of California at Los Angeles to study film. Because film was a relatively new academic discipline, there were no established authorities, something that greatly appealed to the freewheeling Morrison. “There are no experts, so, theoretically, any student knows almost as much as any professor,” he explained about his interest in film.

He also developed an increasing interest in poetry at UCLA, devouring the Romantic works of William Blake and the contemporary Beat verse of Allen Ginsberg and Jack Kerouac while composing his own. Nevertheless, Morrison quickly lost interest in his film studies and would have dropped out of school altogether if not for his fear of being drafted into the Vietnam War. He graduated from UCLA in 1965 only because, in his own words, “I didn’t want to go into the army, and I didn’t want to work—and that’s the damned truth.”

In 1965, Morrison joined classical pianist Ray Manzarek, guitarist Robbie Krieger and drummer John Densmore to form a band, the Doors. With Morrison as vocalist and frontman, Elektra Records signed the Doors the following year, and in January 1967 the band released its self-titled debut album. The Doors’ first single, “Break on Through (To the Other Side),” achieved only modest success. It was their second single, “Light My Fire,” which catapulted the band to the forefront of the rock and roll world, reaching No. 1 on the Billboard pop charts. The Doors, and Morrison especially, became infamous later that year when they performed the song live on The Ed Sullivan Show. Because of its obvious drug reference, Morrison had agreed not to sing the lyric “girl we couldn’t get much higher” on the air, but when the cameras rolled he went ahead and sang it anyway, cementing his status as rock’s new rebel hero. “Light My Fire” remains The Doors’ most popular song, featured prominently on major lists of the greatest rock songs ever recorded.

Combining Morrison’s darkly poetic lyrics and outlandish stage presence with the band’s unique and eclectic brand of psychedelic music, the Doors released a flurry of albums and songs over the next several years. In 1967 they released their sophomore album, Strange Days, which featured the Top 40 hits “Love Me Two Times” and “People are Strange” as well as “When the Music’s Over.” Months later, in 1968, they released a third album, Waiting for the Sun, highlighted by “Hello, I Love You” (which also hit No. 1), “Love Street” and “Five to One.” They went on to record three more records over the next three years: The Soft Parade (1969), Morrison Hotel (1970) and L.A. Woman (1971).

Throughout the band’s brief tenure atop the music world, Morrison’s private life and public persona were spiraling rapidly out of control. His alcoholism and drug addictions worsened, leading to violent and profane outbursts at concerts that provoked the ire of cops and club owners across the country.

Morrison spent nearly the entirety of his adult life with a woman named Pamela Courson, and although he briefly married a music journalist named Patricia Kennealy in a Celtic pagan ceremony in 1970, he left everything to Courson in his will. (She was deemed his common law wife by the time of his death.) Throughout his relationships to Courson and Kennealy, however, Morrison remained an infamous womanizer.

His drug use, violent temper and infidelity culminated in disaster in New Haven, Connecticut, on the night of December 9, 1967. Morrison was high, drunk and carrying on with a young woman backstage before a show when he was confronted by a police officer and sprayed with mace. He then stormed onstage and delivered a profanity-laced tirade that led to his arrest onstage, which then sparked area riots. Morrison was later arrested in 1970 for allegedly exposing himself at a Florida concert, though the charges were posthumously dropped decades later.

In an attempt to get his life back in order, Morrison took time off from the Doors in the spring of 1971 and moved to Paris with Courson. However, he continued to be plagued by drugs and depression. On July 3, 1971, Courson found Morrison dead in the bathtub of their apartment, apparently of heart failure. Since the French officials found no evidence of foul play, no autopsy was performed, which has in turn led to endless speculation and conspiracy theorizing about his death. In 2007, a Paris club owner named Sam Bernett published a book claiming that Morrison died of a heroin overdose at his nightclub and was later carried back to his apartment and placed in the bathtub to cover up the real reason for his death. Jim Morrison was buried at the famous Pere Lachaise Cemetery in Paris, and his grave has since become one of the city’s top tourist destinations. He was only 27 years old at the time of his death.

Depicted by actor Val Kilmer in the 1991 biopic The Doors, Morrison remains one of the most legendary and mysterious rock stars of all time. His eloquent odes to rebellion, set to the music of the Doors, inspired a generation of disaffected youth who found in his lyrics an articulation of their own range of emotions.

FILMOGRAPHY AS ACTOR
Message to Love: The Isle of Wight Festival (21-Feb-1997) · Himself