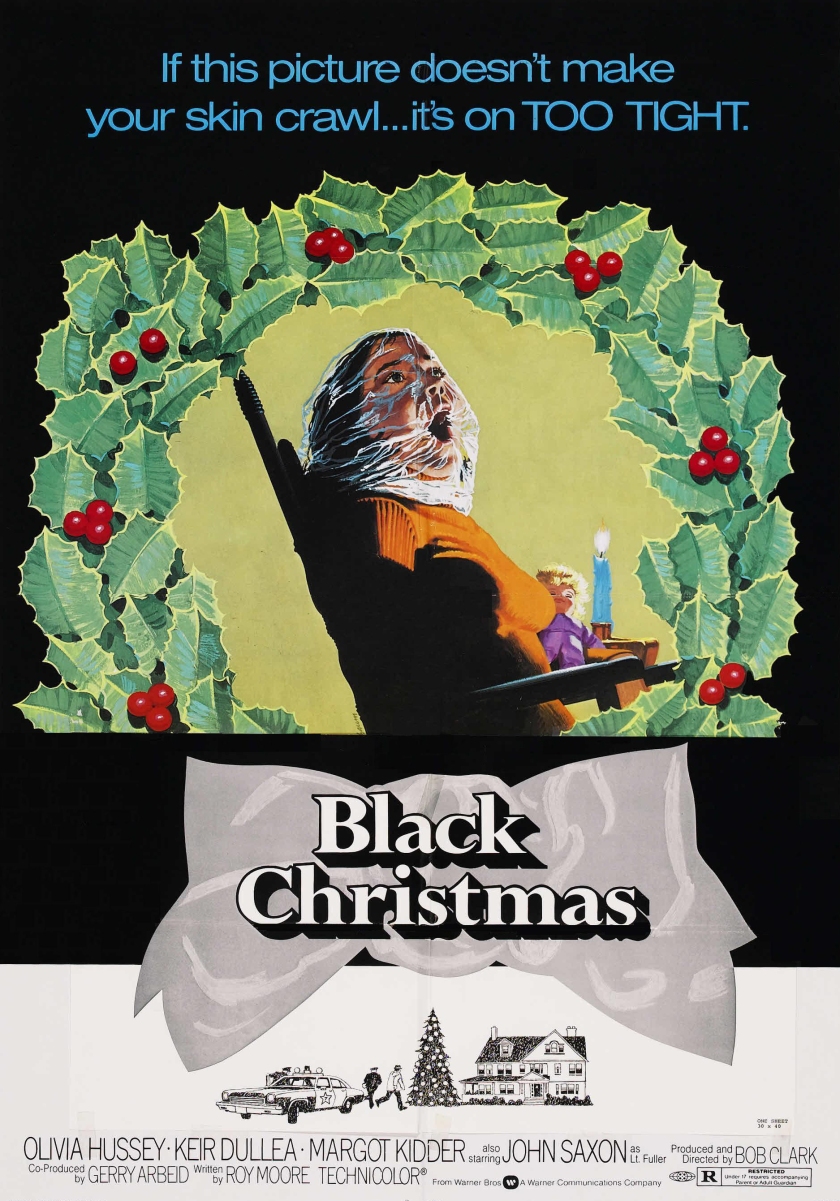 Forty-seven years ago today, the film Black Christmas premiered. I cannot think of a better year to watch a holiday themed slasher movie. I attached the entire movie below (you have to watch it directly on YouTube and confirm your age).

An unseen man climbs the exterior of a sorority house, where a Christmas party is being held, and enters the attic. The house phone rings, and Jess answers to discover it is an obscene phone call from a person who has called before. Jess calls the other sorority girls and they listen as the caller rants in strange voices. Barb insults the caller, who, in turn, promises to kill her. A younger student, Clare Harrison, suggests that the caller could be dangerous before returning to her bedroom. The intruder suffocates Clare with a plastic dress bag and moves her body to the attic.

The following morning, Mr. Harrison arrives to pick up his daughter, but she fails to show. Jess explains to her boyfriend Peter she is pregnant and planning to get an abortion, angering Peter, and they agree to discuss it later. In town, Mr. Harrison attempts to report Clare as missing. At the police station, they learn that a young local girl has also vanished while walking home from school.

After putting a drunken Barb to bed, Mr. Harrison, Chris, Jess, and Phyl help search for the missing girl. Meanwhile, the housemother, Mrs. MacHenry discovers Clare’s body and the killer throws a crane hook into her face, hanging and killing her. In the park, the missing girl’s disfigured body is found by the police. Jess answers another obscene phone call and decides to file a report with the police, only for Peter to surprise her. He attempts to persuade her into marriage, but she refuses and reaffirms her decision to have an abortion. Peter leaves angrily, while Lieutenant Fuller arrives with a telephone lineman to bug the phone.

After the police leave, the killer murders Barb with a glass figurine. Jess experiences another unnerving phone call, in which the caller restates her argument with Peter. Lieutenant Fuller calls her to say the attempt to trace the call failed, and theorizes that Peter could be responsible, but Jess doubts this. Phyl is murdered next.

Jess gets another phone call, in which the killer alludes to some sort of transgression between two children named Agnes and Billy. The call is long enough to be traced, and Sergeant Nash instructs Jess to leave the house immediately, as the calls are coming from within the house. Concerned for Barb and Phyl, she ventures upstairs, where she discovers Barb’s and Phyl’s bodies. The killer appears and pursues her; Jess locks herself in the cellar, only for Peter to appear outside one of the windows. He smashes the window and enters the basement.

The police arrive and hear Jess screaming; they discover her barely conscious in the basement with Peter’s bloody body next to her. They put her to bed in her room, unaware that the bodies of Clare and Mrs. MacHenry are in the attic. Jess is left in the house to rest, with a cop standing outside; noises come from the attic. The house’s telephone begins to ring, and her fate is left ambiguous.

The film, under the title Stranger in the House, was set to make its network television premiere on Saturday night, January 28, 1978, on NBC’s weekly “Saturday Night at the Movies”. Two weeks prior to its premiere, the Chi Omega Sorority House on the campus of Florida State University in Tallahassee was the scene of a double murder in which two Chi Omega sisters, asleep in their beds, were bludgeoned to death. The killer then went to a nearby room in the sorority house and violently attacked two more sleeping co-eds, who survived. The killer was later identified as Ted Bundy, who was executed for this and other homicides on January 24, 1989.

A few days before the movie was set to premiere on network television Florida’s then-Governor Reubin Askew contacted NBC President Robert Mullholland to request the movie not be shown due to its all-too-similar theme as the murders of sorority sisters by an unknown madman at the Chi Omega Sorority House. On Tuesday, January 24, NBC-TV gave several of its affiliates in Florida, Georgia, and Alabama, the option of showing an alternate movie, Doc Savage: The Man of Bronze, in place of Stranger in the House.

“The network said in a statement issued yesterday in New York City that it was responding to concern voiced by the affiliates because of the murder of two coeds this month in a sorority house at Florida State University in Tallahassee.”