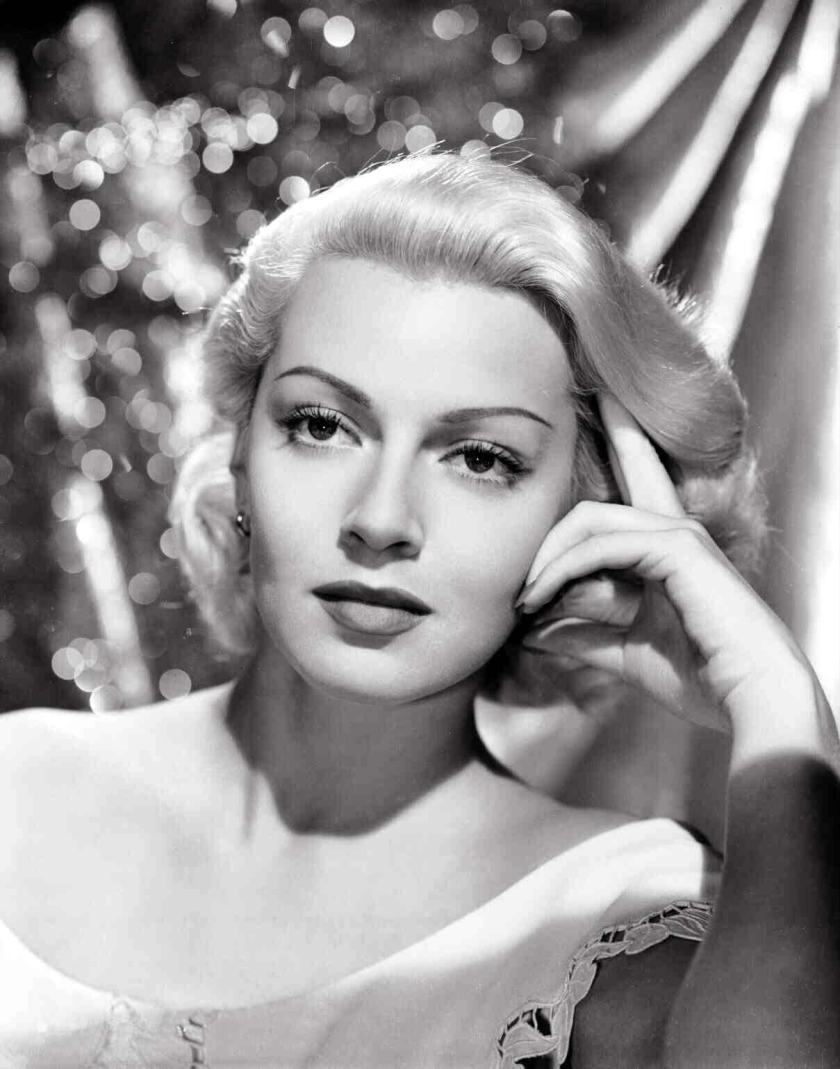 Today is the 102nd birthday of the actress Lana Turner. The world is a better place because she was in it and still feels the loss that she has left.

BEST KNOWN FOR: Lana Turner was an American actress. Over the course of her nearly 50-year career, she achieved fame as both a pin-up model and a film actress, as well as for her highly publicized personal life

Lana Turner had an acting ability that belied the “Sweater Girl” image MGM thrust upon her, and even many of her directors admitted that they knew she was capable of greatness (check out The Postman Always Rings Twice (1946)). Unfortunately, her private life sometimes overshadowed her professional accomplishments.

Lana Turner was born Julia Jean Mildred Francis Turner in Wallace, Idaho. There is some discrepancy as to whether her birth date is February 8, 1920 or 1921. Lana herself said in her autobiography that she was one year younger (1921) than the records showed, but then this was a time where women, especially actresses, tended to “fib” a bit about their age. Most sources agree that 1920 is the correct year of birth. Her parents were Mildred Frances (Cowan) and John Virgil Turner, a miner, both still in their teens when she was born. In 1929, her father was murdered and it was shortly thereafter her mother moved her and the family to California where jobs were “plentiful”. Once she matured into a beautiful young woman, she went after something that would last forever: stardom. She wasn’t found at a drug store counter, like some would have you believe, but that legend persists. She pounded the pavement as other would-be actors and actresses have done, are doing and will continue to do in search of movie roles.

In 1937, Lana entered the movie world, at 17, with small parts in They Won’t Forget (1937), The Great Garrick (1937) and A Star Is Born (1937). These films didn’t bring her a lot of notoriety, but it was a start. In 1938 she had another small part in Love Finds Andy Hardy (1938) starring Mickey Rooney. It was this film that made young men’s hearts all over America flutter at the sight of this alluring and provocative young woman–known as the “Sweater Girl”–and one look at that film could make you understand why: she was one of the most spectacularly beautiful newcomers to grace the screen in years. By the 1940s Lana was firmly entrenched in the film business. She had good roles in such films as Johnny Eager (1941), Somewhere I’ll Find You (1942) and Week-End at the Waldorf (1945). If her career was progressing smoothly, however, her private life was turning into a train wreck, keeping her in the news in a way no one would have wanted.

Without a doubt her private life was a threat to her public career. She was married eight times, twice to Stephen Crane. She also married Ronald Dante, Robert Eaton, Fred May, Lex Barker, Henry Topping and bandleader Artie Shaw. She also battled alcoholism. In yet another scandal, her daughter by Crane, Cheryl Crane, fatally stabbed Lana’s boyfriend, gangster Johnny Stompanato, in 1958. It was a case that would have rivaled the O.J. Simpson murder case. Cheryl was acquitted of the murder charge, with the jury finding that she had been protecting her mother from Stompanato, who was savagely beating her, and ruled it justifiable homicide. These and other incidents interfered with Lana’s career, but she persevered. The release of Imitation of Life (1959), a remake of a 1934 film (Imitation of Life (1934)), was Lana’s comeback vehicle. Her performance as Lora Meredith was flawless as an actress struggling to make it in show business with a young daughter, her housekeeper and the housekeeper’s rebellious daughter. The film was a box-office success and proved beyond a doubt that Lana had not lost her edge.

By the 1960s, however, fewer roles were coming her way with the rise of new and younger stars. She still managed to turn in memorable performances in such films as Portrait in Black (1960) and Bachelor in Paradise (1961). By the next decade the roles were coming in at a trickle. Her last appearance in a big-screen production was in Witches’ Brew (1980). Her final film work came in the acclaimed TV series Falcon Crest (1981) in which she played Jacqueline Perrault from 1982-1983. After all those years as a sex symbol, nothing had changed–Lana was still as beautiful as ever. She died June 25, 1995, in Culver City, California, after a long bout with cancer. She was 75 years old.