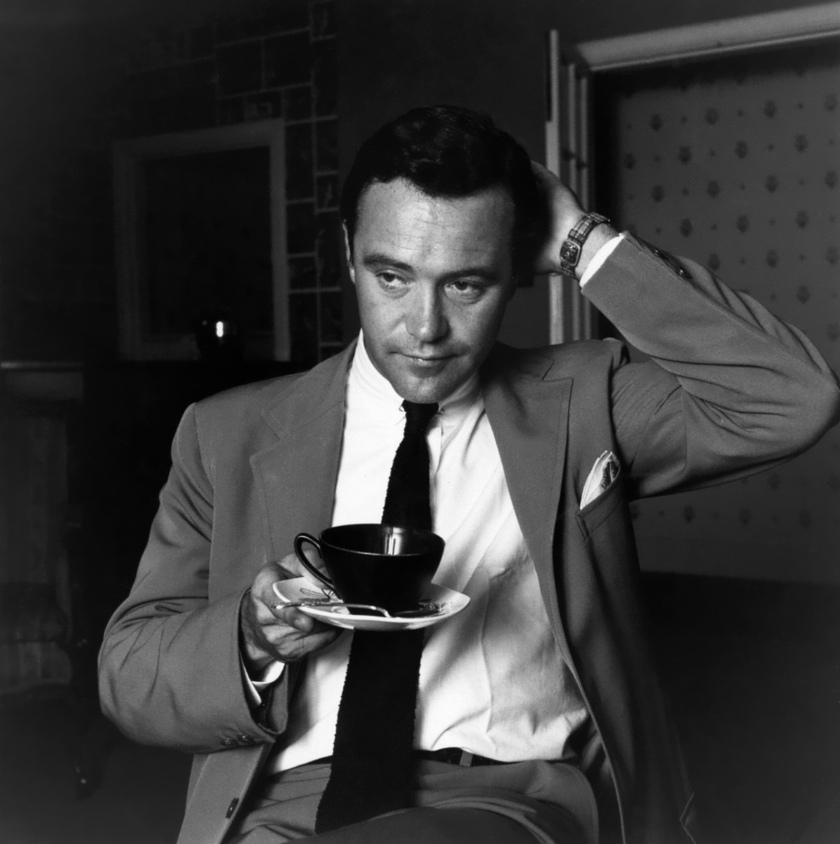 Today is Jack Lemmon’s 97th birthday.  Throughout his career, he turned in consistently top notch performances and made his “every man” persona so desirable.  Watch him with Judy Holliday in It Should Happen To You, with Shirley MacLaine in The Apartment, and Sandy Dennis in The Out of Towners.  You won’t take your eyes off him.  Then watch The China Syndrome and you will witness the range of his 50 year resume.  He is one of my very favorite actors.  The world is a better place because he was in it and still feels the loss that he has left.

A versatile performer, actor Jack Lemmon was equally adept at comedy and drama. He grew up in Boston, Massachusetts. The son of a doughnut company executive, Lemmon had an affluent upbringing. He attended private schools and studied at the prestigious Phillips Andover Academy.

In his teens, Lemmon taught himself how to play piano. He enrolled at Harvard University in 1943 where he got involved in the theater. Lemmon even served as the president of the famed Hasty Pudding Club, known for its musical comedy performances.

Lemmon took a break from his studies during World War II. Serving in the U.S. Navy, he was stationed on an aircraft carrier for a time. Lemmon returned to Harvard after the war and finished his degree in 1947.

After college, Lemmon borrowed $300 from his father and headed to New York City. He spent much of his first year there, playing piano in a bar. But before long, Lemmon started to land roles on the raido, the stage and television. He appeared in such television programs as The Philco-Goodyear Television Playhouse and Robert Montgomery Presents.

In 1953, Lemmon made his Broadway debut in Room Service, a comedy revival. The production only lasted for a few performances before closing. While disappointed, Lemmon soon had reason to cheer. He landed his first film around this time, appearing in George Cukor’s It Should Happen to You (1954) with Judy Holliday.

Two years later, Lemmon tackled the role that made him a star. He appeared in the comedic war drama Mister Roberts (1955) with Henry Fonda and James Cagney. Playing Ensign Pulver, Lemmon managed to make his scheming, somewhat sketchy character appealing and sympathetic. He won the Academy Award for Best Supporting Actor for this film.

Lemmon went on to work on a number of films with comedian Ernie Kovacs, including Bell Book and Candle (1958). The pair became good friends off-screen as well, up until Kovacs’s death in 1962. In 1959, Lemmon gave one of the top comedic performances of his career in Some Like It Hot. This comedy starred Lemmon and actor Tony Curtis pretending to be women in an all-female musical group, which also included Marilyn Monroe. This film marked the first collaboration between Lemmon and writer-director Billy Wilder.

Working again with Wilder, Lemmon also enjoyed great success with 1960’s The Apartment. He played a young professional seeking to get ahead by loaning out his apartment to executives in his company for their romantic trysts. The movie, which also starred Shirley MacLaine, won the Academy Award for Best Picture.

In 1962, Lemmon proved that he was more than just a funny guy. He gave a heartbreaking performance as an alcoholic husband in The Days of Wine and Roses opposite Lee Remick. With the critical acclaim he garnered for this film, Lemmon demonstrated that he could excel at serious roles. For the rest of his career, he would comfortably shift back and forth between light comedic fare and serious dramas.

Lemmon began his comedic partnership with Walter Matthau with 1966’s The Fortune Cookie. The pair reunited two years later for one of their most famous films together, The Odd Couple. In the film adaptation of the Neil Simon play, Lemmon played the neurotic clean-freak roommate to Matthau’s sportswriter slob.

For Lemmon, the 1970s were a time of great dramatic performances. He won a Best Actor Academy Award in 1973 playing a man having a midlife crisis in Save the Tiger. Returning to the stage in 1978, Lemmon starred as a press agent dying of cancer in Tribute. He reprised his role for the 1980 film version. In The China Syndrome (1979), Lemmon co-starred with Jane Fonda and Michael Douglas. He portrayed a nuclear plant employee who becomes a whistleblower about an incident at the plant.

Lemmon also undertook some light-hearted projects. One close to his heart was the 1972 television special ‘S Wonderful, ‘S Marvelous, ‘S Gershwin. A longtime fan of George Gershwin, Lemmon won an Emmy Award for this musical tribute. He also reteamed with Wilder and Matthau for the 1974 newspaper comedy The Front Page around this time.

In 1982, Lemmon gave another riveting dramatic performance in Missing. He played a father searching for his politically radical son who disappeared in Chile during the 1973 coup. On the Broadway stage, Lemmon won raves for his portrayal of James Tyrone in Eugene O’Neill’s Long Day’s Journey into Night in 1986. Peter Gallagher and Kevin Spacey played his sons in this production. He soon worked with Spacey again on the film adaptation of David Mamet’s Glengarry Glen Ross (1992).

Lemmon once again became a box office sensation in 1993 with Grumpy Old Men. This film about two elderly curmudgeons, played by Lemmon and good friend Matthau, won over audiences of all ages. The pair reunited for the 1995 sequel Grumpier Old Men.

One of Lemmon’s most significant later roles came in 1999 with the television movie Tuesdays with Morrie. He played the title character, a professor struggling with Lou Gehrig’s disease, who develops a friendship with one of his former students (Hank Azaria). For this role, Lemmon won an Emmy Award in 2000.

By this time, Lemmon was battling cancer. He died of complications related to his disease on June 27, 2001, in Los Angeles, California. His memorial service was a who’s who of Hollywood, with such friends as Kick Douglas, Gregory Peck, Billy Wilder and Shirley MacLaine among the many mourners. He was also survived by his second wife Felicia Farr, their daughter Courtney and his son Christopher from his first marriage.

Sometimes called “America’s Everyman,” Lemmon had the ability to be familiar to the audience. He seemed like he could be their neighbor, their boss, their cousin or their friend. Many of his characters also managed to convey of some of the anxiety and neuroses of modern times. As he once said, “I’m attracted primarily to contemporary characters. I understand them and their frustrations.”