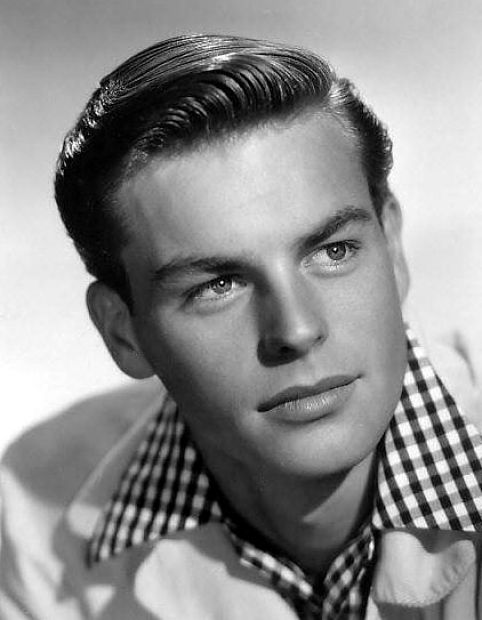 Today is the 92nd birthday of Robert Wagner.  I am a big fan of Hart to Hart and It Takes a Thief and not coincidentally, Robert Wagner’s swagger.  He turns in great performances, so much so I am sure that most people confuse him as being those characters.  The world is a better place because he is in it.

Robert John Wagner Jr. was born in Detroit, Michigan, on February 10, 1930. His father was a successful steel executive who was called Bob; to distinguish the two Wagner became R.J., a nickname that lasted all his life.

In 1937, Wagner and his family relocated to Bel Air, California. They lived near the Bel Air Country Club, and Wagner went on to caddy for well-known club members like Fred Astaire and Alan Ladd. Wagner, who’d worked in movies as an extra, was given the opportunity to try for fame himself when he signed a contract with 20th Century Fox Studios as a teenager.

Among Wagner’s early films were Halls of Montezuma (1951) and With a Song in My Heart (1952). He appeared with screen legend Barbara Stanwyck in Titanic (1953), and soon became romantically involved with his co-star. Wagner portrayed the title role in Prince Valiant (1954) and learned more about his craft from working with Spencer Tracy in Broken Lance (1954) and The Mountain (1956). But Wagner didn’t become a breakout star.

In 1956, Wagner went on a first date with Natalie Wood. She was eight years his junior yet had more acting experience. (As a child she had starred in 1947’s Miracle on 34th Street; she had also appeared in 1955’s Rebel Without a Cause). The pair fell in love and wed in December 1957.

The public adored Wagner and Wood as a Hollywood couple. Yet when they shared the screen in All the Fine Young Cannibals (1960), the film didn’t do well. In the glare of the Hollywood spotlight, the celebrity couple struggled to keep their marriage together. Wagner and Wood separated in 1961 before divorcing in 1962.

In the 1960s, Wagner continued to act in films such as The Pink Panther and Harper. But it took a lead role in television’s It Takes a Thief (1968-70) to bring his career to the next level. (The show also gave him a chance to work with Astaire, known from Wagner’s caddying days.)

Wagner’s second marriage ended in 1971. He and Wood reunited and remarried in 1972; their daughter, Courtney, was born in 1974.

From 1975-78, Wagner starred in the CBS detective agency series Switch, with Eddie Albert, Charlie Callas and Sharon Glass. Then in 1979, Wagner joined Stefanie Powers to star as a debonair crime-solving couple in ABC’s Hart to Hart. The popular show, which aired until 1984, offered Wagner even greater career success.

On Thanksgiving weekend in 1981, Wood invited Christopher Walken, her current co-star in the film Brainstorm, to join her and Wagner on their yacht, Splendour. Sometime on the night of November 28, Wood, who’d had a fight with Wagner, disappeared from the boat, which was anchored near California’s Catalina Island. When the boat’s occupants realized she was missing, they saw that a dinghy was gone as well.

On the morning of November 29, Wood’s body was discovered floating about a mile from the yacht. The autopsy showed that Wood had bruises and a high blood alcohol level. At the time, investigators surmised that she’d accidentally fallen into the water, perhaps while trying to board or retie the dinghy. The death was ruled an accidental drowning.

Grief mixed with shock is such a difficult state to be in; it’s hard even to describe it. On the one hand, I was numb and felt like I was in some sort of dream state – I couldn’t believe Natalie was gone, but I knew it was true. And despite the shock, which makes you feel like you’re muffled in cotton, my nerve ends were screaming. I was in emotional pain so intense it was physical.

– Robert Wagner, Pieces of My Heart

A devastated Wagner was left responsible for three girls: his daughter from his first marriage, his daughter with Wood and daughter Natasha Gregson Wagner. (Natasha had been born in 1970 to Wood during her marriage to Richard Gregson; Wagner and Gregson agreed that after losing her mother, it would be best to let Natasha stay with her sisters.)

Wagner’s career stayed busy. He starred as Number Two, Dr. Evil’s henchman, in the Austin Powers movies and he made regular guest appearances on various TV shows, including Two and a Half Men and NCIS.

Wagner’s memoir, Pieces of My Heart, was published in 2008. He also wrote You Must Remember This: Life and Style in Hollywood’s Golden Age (2014).

In 2011, 30 years after Wood drowned, the investigation into her death was reopened by the Los Angeles County Sheriff’s Department. Questions about Wood’s death had circulated for years—as she was scared of deep water, it struck some as unlikely that she would have ventured near the dinghy on her own. In addition, Splendour’s captain, Dennis Davern, had said he’d given the police inaccurate information. (Davern also released a book about the case in 2009 and reportedly had tried to sell his story to tabloids). Authorities stated that new information prompted their renewed investigation and specified that Wagner was not seen as a suspect.

The designation of accidental drowning on Wood’s death certificate was changed in 2012 to “drowning and other undetermined factors,” as she might have been bruised before entering the water. Wagner did not speak to investigators about the case; his attorney released a statement in 2013 that said, “After 30 years, neither Mr. Wagner nor his daughters have any new information to add to this latest investigation, which was unfortunately prompted by those seeking to exploit and sensationalize the 30th anniversary of the death of his wife and their mother.”

Unless further evidence comes to light, it seems that what Wagner wrote about Wood’s drowning in his 2008 memoir remains accurate: “[T]he bottom line is that nobody knows exactly what happened.”