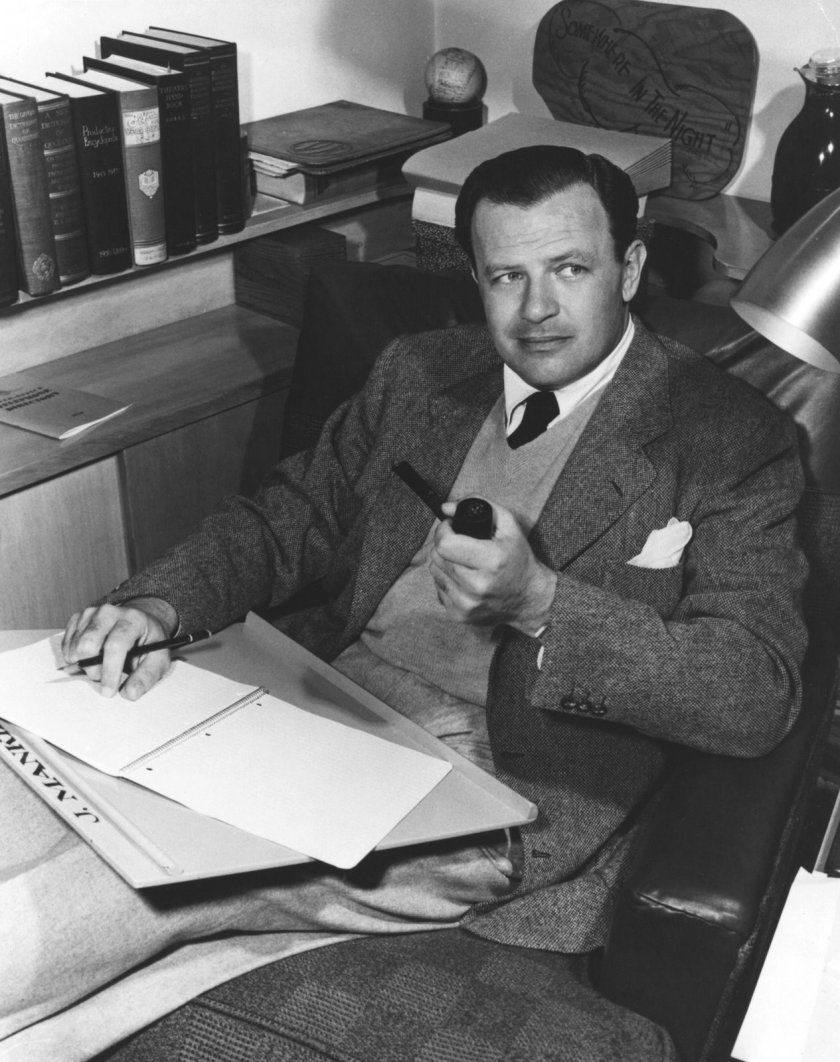 Today is the 112th birthday of the classic film director and screenwriter Joseph L. Mankiewicz. The list of films he has been involved with reads like a list of my very favorite films. The world is a better place because he was in it and still feels the loss that he has left.

BEST KNOWN FOR: American screenwriter, director and producer Joseph L. Mankiewicz has some of Hollywood’s most beloved classics, including All About Eve, to his credit.

Joseph Leo Mankiewicz was born in Wilkes-Barre, Pennsylvania, on February 11, 1909, to Jewish-German immigrant parents who soon moved to Manhattan, where his father taught German and French. With a bachelor’s degree from Columbia University at 19, Mankiewicz was off to Berlin as a reporter for the Chicago Tribune. He put his language heritage to work in the German film industry, writing English translations for movie subtitles. But by 1929, he had joined his elder brother Herman J. Mankiewicz, already a successful screenwriter, to make his career in Hollywood movies.

The younger Mankiewicz began by writing dialogue for Paramount, but by 1934, Louis B. Mayer had made him an MGM producer. A roster of classics are to his credit there, including the Katharine Hepburn vehicles The Philadelphia Story (1940) and Woman of the Year (1942). However, he really wanted to direct.

At 20th Century Fox, Mankiewicz finally got his chance after joining the studio in 1943 as a producer and screenwriter. Director Ernst Lubitsch’s ill-health allowed Mankiewicz to helm his own screenplay of Dragonwyck, a 1946 Gothic mystery starring Gene Tierney and Vincent Price. It was a rocky start. That and several other early directorial efforts were underwhelming.

Yet Mankiewicz hit his stride with The Ghost and Mrs. Muir in 1947, starring Tierney and Rex Harrison, and 1949’s A Letter to Three Wives, for which he served as screenwriter and won two Oscars. Witty banter and an innate intelligence earmarked Mankiewicz’s screenplays and cemented his signature style as a “literary” director who was good with actors. All About Eve in 1950, with Bette Davis in her bravura turn as an aging actress, was his crowning glory. The film earned 14 Academy Award nominations and scored six, including Best Picture, with Mankiewicz also winning for his direction and screenplay.

Mankiewicz, a noted raconteur and ladies’ man, became reclusive in his later years. He died on February 5, 1993, just days shy of his 84th birthday, in Mount Kisco, New York.

Mankiewicz had formed an independent production company and tried his hand on Broadway, but neither panned out. Cleopatra (1963), starring the tempestuous couple Elizabeth Taylor and Richard Burton in an overstuffed and over-budgeted film, failed with the public. Still, the director’s 1953 film of Julius Caesar had been a modest success, featuring Marlon Brando in his only Shakespearean role. And Mankiewicz surprised everyone with a late-career milestone, 1972’s Sleuth, starring Michael Caine and Laurence Olivier.

Mankiewicz is also responsible for additions to the pantheon of great movie lines, including: “Fasten your seat belts, it’s going to be a bumpy night.”

FILMOGRAPHY AS ACTOR
George Stevens: A Filmmaker’s Journey (25-Sep-1984) · Himself