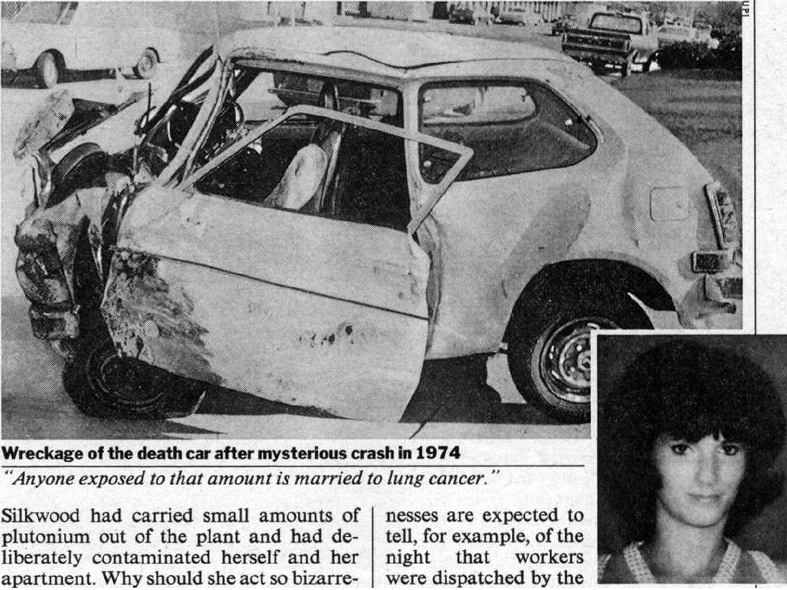 Today is the 76th birthday of Karen Silkwood.  Her death 40+ years ago, still considered mysterious by many, has become a rallying point for nuclear energy activists, whistle blowers and union organizers.  Her accomplishments in her short life have continued to improve the worker’s rights in many industries.  A huge debt of gratitude is owed to Karen Silkwood by those who were afraid to speak up and those who otherwise would have had no voice with which to. The world is a better place because she was in it and still feels the loss that she has left. 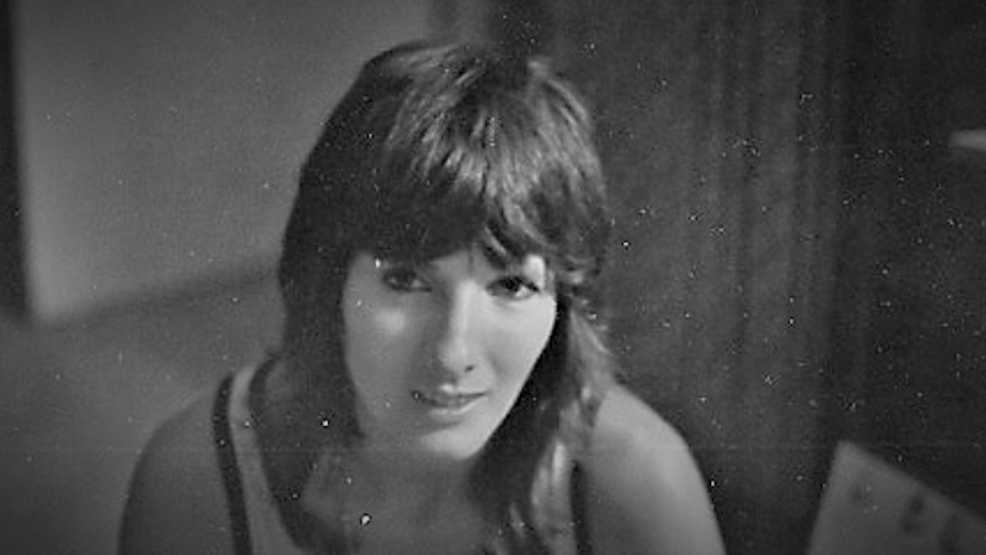 BEST KNOWN FOR:  Karen Silkwood was a nuclear power plant technician and union activist who exposed violations by her employers. She was killed in a suspicious car accident.

Born February 19, 1946, in Longview, Texas, Karen Silkwood was employed by a nuclear facility in Crescent, Oklahoma. She became involved in the union and discovered serious health and safety violations at the plant. While collecting evidence of these crimes she was killed in a suspicious car accident. Silkwood was portrayed by Meryl Streep in a 1983 film.

On the night of November 13, 1974, Karen Silkwood, a technician at the Kerr-McGee Cimarron River nuclear facility in Crescent, Oklahoma, was driving her white Honda to Oklahoma City. There she was to deliver a manila folder full of alleged health and safety violations at the plant to a friend, Drew Stephens, a New York Times reporter and national union representative. Seven miles out of Crescent, however, her car went off the road, skidded for a hundred yards, hit a guardrail, and plunged off the embankment. Silkwood was killed in the crash, and the manila folder was not found at the scene when Stephens arrived a few hours later. Nor has it come to light since. Although Kerr-McGee was a prominent Oklahoma employer whose integrity had never been challenged, as a part of the nuclear power industry it had many adversaries. The controversy ignited by Silkwood’s death regarding the regulation of the nuclear industry was intense, with critics finally finding an example around which to focus their argument. The legacy of the Silkwood case continues to this day in the on-going debate over the safety of nuclear technology.

Silkwood seemed an unlikely candidate to have had such a dramatic impact on American society. One biographer commented that “most of her life was distinguished by how ordinary it was, as ordinary as her death was extraordinary.” Silkwood grew up in Nederland, in the heart of the Texas oil and gas fields. The oldest of three daughters of Bill and Merle Silkwood, she led a normal life. In high school she played on the volleyball team and flute in the band, and was an “A” student and a member of the National Honor Society. She excelled in chemistry and, upon graduation, went to Lamar College in Beaumont to become a medical technician.

After her first year of college, Silkwood eloped with Bill Meadows. They moved around Texas, where Meadows worked in the oil industry and Silkwood took care of their three children. After years of financial struggle (they finally declared bankruptcy), Silkwood left him in 1972 when she discovered Meadows was having an affair with her friend. Giving Bill custody of the children, she moved to Oklahoma City. There she found a job at Kerr-McGee’s Cimarron River plant in Crescent, thirty miles north of Oklahoma City, soon joined the Oil, Chemical and Atomic Workers Union, and walked the picket line during their largely unsuccessful nine week strike in 1972.

The Cimarron facility manufactured fuel rods that were used in nuclear fission reactors. Contained within these fuel rods were particles of plutonium, an element created from uranium atoms, and the most toxic substance then known. Even pollen-sized grains of plutonium can cause cancer, as had been shown in animal experiments, but the workers at the plant were not alerted to any danger. Nonetheless Silkwood became increasingly concerned about health and safety violations that went uncorrected by management, and as 1974 drew on, got involved with the bargaining committee for the union. The Cimarron plant was experiencing sixty percent employee turnover a year, was using second-hand equipment, and was behind on production.

Desperate to avoid another strike, which was looming, Kerr-McGee organized a union de-certification vote that, though ultimately failing, galvanized the union into bringing the safety violations to the attention of federal officials. Silkwood and two other local union officials went to Washington, D.C., to confer with national union leaders and the Atomic Energy Commission. Chief among their allegations were the lack of training given employees, failure to minimize contamination, and poor monitoring, including the finding of uranium dust in the lunchroom. At this meeting Silkwood secretly agreed to obtain before and after photomicrographs of faulty fuel rods showing where they were being ground down to disguise faults.

After this meeting Silkwood began carrying around notebooks to document a variety of safety violations at the plant. Her assertion was that people were being contaminated by plutonium all the time, and indeed there were at least 17 acknowledged incidents of exposure involving 77 employees in the recent past. Silkwood’s concern was obsessive. As her friend Stephens remarked: “She just lived it, couldn’t let it go and relax, particularly in the last month she was alive.” On November 4 and 5, 1974, for two consecutive days, Silkwood was contaminated by radioactivity, detected by plant electronic monitors when leaving work. By November 7,  her urine showed very high levels of radioactivity. When tested, her apartment also showed high levels, especially in the refrigerator. At this time Silkwood was convinced she was going to die of plutonium poisoning. She and her roommate and Stephens were sent to Los Alamos, New Mexico, to be more thoroughly tested. The exposure level was deemed not serious.

On November 13, Silkwood attended a local union meeting then got into her car to drive to Oklahoma City to deliver the manila folder of evidence, the results of her seven week vigil, to New York Times reporter David Burnham. Ten minutes later her car went off the road and Silkwood died. The state patrol ruled it an accident, saying “it’s pretty clear she fell asleep at the wheel. She never woke up.” While blood tests showed a small amount of alcohol and methaqualone (a prescription sedative) in her system, it is doubtful the amount was sufficient to induce sleep in ten minutes. A subsequent investigation by a private detective concluded that she had likely been forced off the road by another car; a dent in the rear bumper showed metal and rubber fragments, as if another car had rammed her from behind. The manila folder was not recovered from the site of the crash, though other personal effects were.

A subsequent Justice Department investigation also ruled it an accident. Congressional hearings, along with a lawsuit on behalf of Silkwood’s children, however, have revealed an intriguing and bizarre story to discredit critics, involving the FBI, newspaper reporters, and the nuclear industry, a story largely left untold. It is possible Silkwood’s phone had been tapped and that she had been under surveillance for awhile. Union official Jack Tice has said that Silkwood had been alarmed prior to her death: “She was starting to think someone was out to get her.”

The truth of what happened the night of November 13, 1974, may never be known. What is clear is that the death of Silkwood has become a rallying point for anti-nuclear activists and put the nuclear industry on the defensive. The Atomic Energy Commission confirmed three violations at the Cimarron plant, which eventually shut down. And a major questioning of the nuclear industry has occurred as a result of the revelations that have come to light. In a suit filed by Bill Silkwood on behalf of his grandchildren, a jury in May, 1979, awarded the Silkwood estate over ten million dollars in punitive damages and cleared Silkwood of the allegation that she had stolen plutonium from the plant. It also found that Kerr-McGee had been negligent and that someone had planted plutonium in her apartment. Though an appeals court overturned the decision, the Supreme Court eventually agreed with the lower court, reinstating the victory for the Silkwood family and saying that punitive damages could be awarded in cases involving the nuclear industry, effectively allowing state and jury regulation.

Though many mysteries remain surrounding the death of Silkwood, the public has gained much awareness about nuclear issues and has pressured the industry to become more responsible to health and safety concerns. As former Congresswoman Bella Abzug has commented, the issues stemming from the Silkwood case are “a matter of concern both in regard to public safety and the rights of individuals.”