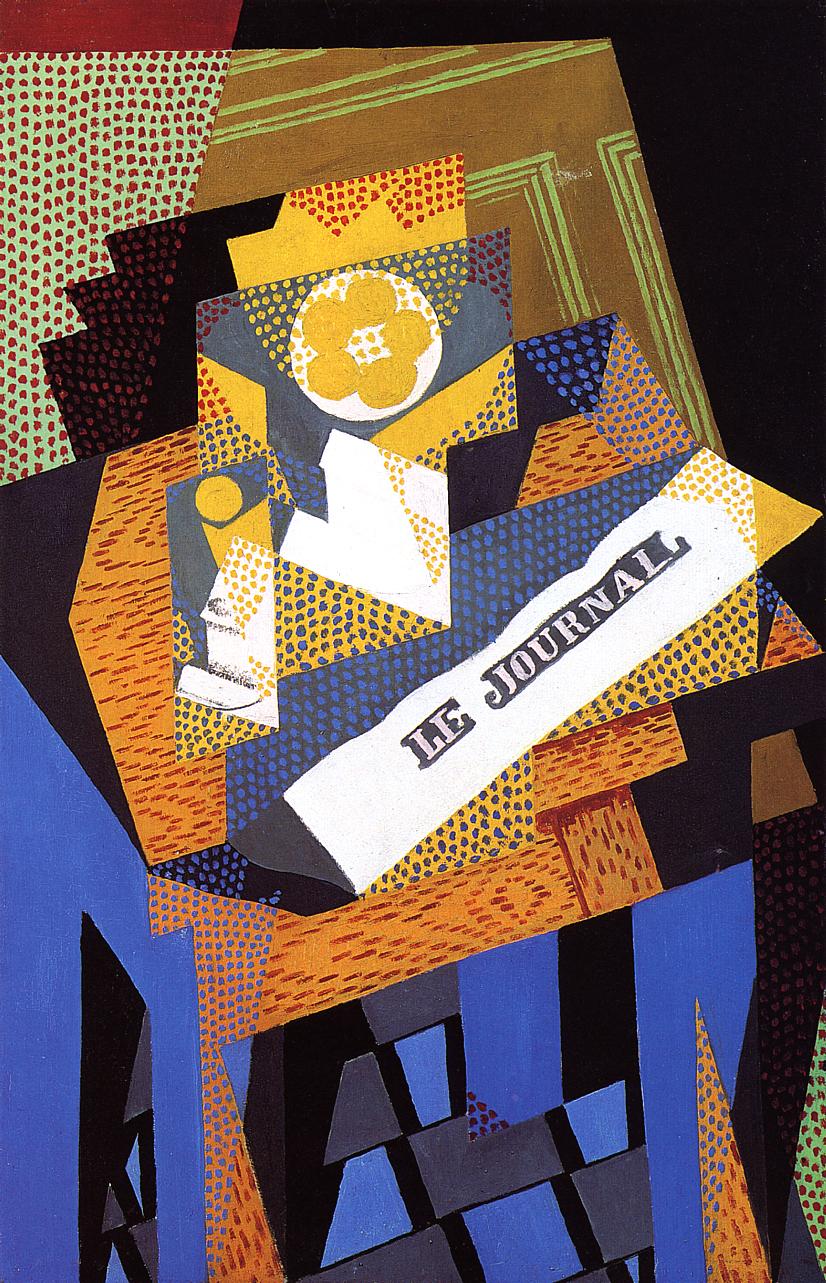 Today is the 134th birthday of the artist Juan Gris. When I see his art, I hear the jazz, see the dancers, smell the cigarette smoke and remember Paris in the 20s as I have read about it in Hemingway’s A Moveable Feast and The Sun Also Rises, Vail’s Everybody Was So Young and Tompkins’ Living Well is the Best Revenge. I feel Paris. The world is a better place because he is in it and still feels the loss that he has left.

BEST KNOWN FOR: Spanish painter and illustrator Juan Gris was among the leaders of the Cubist movement in the early 20th century.

José Victoriano Carmelo Carlos González-Pérez was born on March 23, 1887, in Madrid, Spain. After studying mathematics, physics, engineering and mechanical drafting at the Escuela de Artes y Manufacturas in Madrid from 1902 to 1904, he embarked on a career as a professional illustrator under the name Juan Gris. He settled permanently in Paris in September 1906, where he met another gifted Spanish artist, Pablo Picasso.

Gris continued to submit illustrations to publications for several years, but he became heavily influenced by the paintings of Picasso and Georges Braque, the creators of Cubism. Devoting significant energy to his own painting after 1910, Gris initially produced works in the Analytic Cubist style, with his use of linear grids and lucid depictions. His Homage to Picasso was among the paintings exhibited at the Salon des Indépendants in 1912, and that same year he signed a contract that gave German art dealer Daniel-Henry Kahnweiler exclusive rights to his work.

Gris’s focus soon drifted to Synthetic Cubism, a style marked by a more expansive use of colors and the addition of collage and other materials. The outbreak of World War I disrupted his business relationship with Kahnweiler, but Gris received financial help from writer Gertrude Stein, and he signed a new contract with French dealer Léonce Rosenberg in 1916.

Gris assumed a leading role within the Cubist movement during this time, producing paintings such as The Man from Touraine (1918), which were associated with a sense of classical order. He was awarded his first major solo exhibition at Rosenberg’s Galerie l’Effort Moderne in Paris in 1919, but was slowed the following year by an undiagnosed illness that may have been pulmonary tuberculosis.

Along with his painting, Gris designed costumes and sets for Sergei Diaghilev’s Ballets Russes and illustrated texts for Stein and other friends in the 1920s. He enjoyed increased public acclaim and financial security during this period but was unable to bask in his success for long due to declining health. Gris died of renal failure on May 11, 1927, in Boulogne-sur-Seine, France.