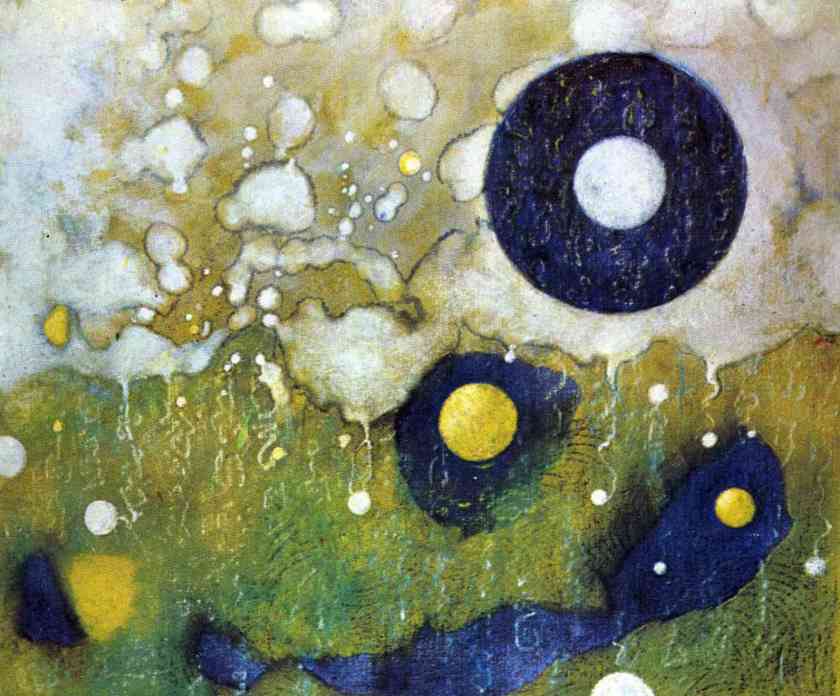 Today is the 131st birthday of the artist Max Ernst.  I love his work.  I believe that I first ‘discovered’ it in a large old volume about the history of 20th century art that I favored in the college library over my assigned course work of whatever classes I happened to be enrolled in.  I ‘discovered’ a lot of artists, writers, cafe girls, rogues, vagabonds, bon vivants, dancers, composers, and revolutionaries in that library.  Max is in great company. The world is a better place because he is in it and still feels the loss that he has left.

BEST KNOWN FOR: Max Ernst was a German artist–in painting, sculpture and collage–who was a key figure in the Dadaist and Surrealist art movements.

Max Ernst, German painter, sculptor, one of the leading advocates of irrationality in art, and an originator of the Automatism movement of Surrealism. His youthful interests were psychiatry and philosophy, but he abandoned his studies at the University of Bonn for painting.

After serving in the German army during World War I, Ernst was converted to Dada, a nihilistic art movement, and formed a group of Dada artists in Cologne; with the artist-poet Jean Arp, he edited journals and created a scandal by staging a Dada exhibit in a public rest room. More important, however, were his Dada collages and photomontages, such as “Here Everything Is Still Floating” (1920), a startlingly illogical composition made from cutout photographs of insects, fish, and anatomical drawings ingeniously arranged to suggest the multiple identity of the things depicted.

In 1922 Ernst moved to Paris, where, two years later, he became a founding member of the Surrealists, a group of artists and writers whose work grew out of fantasies evoked from the unconscious. To stimulate the flow of imagery from his unconscious mind, Ernst began in 1925 to use the techniques of frottage (pencil rubbings of such things as wood grain, fabric, or leaves) and decalcomania (the technique of transferring paint from one surface to another by pressing the two surfaces together). Contemplating the accidental patterns and textures resulting from these techniques, he allowed free association to suggest images he subsequently used in a series of drawings (“Histoire naturelle,” 1926) and in many paintings such as “The Great Forest” (1927) and “The Temptation of St. Anthony” (1945). These vast, swamplike landscapes stem ultimately from the tradition of nature mysticism of the German Romantics.

After 1934 Ernst’s activities centred increasingly on sculpture, using improvised techniques in this medium just as he had in painting. “Oedipus II” (1934), for example, was cast from a stack of precariously balanced wooden pails to form a belligerent-looking phallic image.

At the outbreak of World War II, Ernst moved to the United States, where he joined his third wife, the collector and gallery owner Peggy Guggenheim, and his son, the American painter Jimmy Ernst. While living on Long Island, N.Y., and after 1946 in Sedona, Ariz. (with his fourth wife, the American painter Dorothea Tanning), he concentrated on such sculptures as “The King Playing with the Queen” (1944), which shows African influence. After his return to France in 1949, his work became less experimental: he spent much time perfecting his modeling technique in traditional sculptural materials.