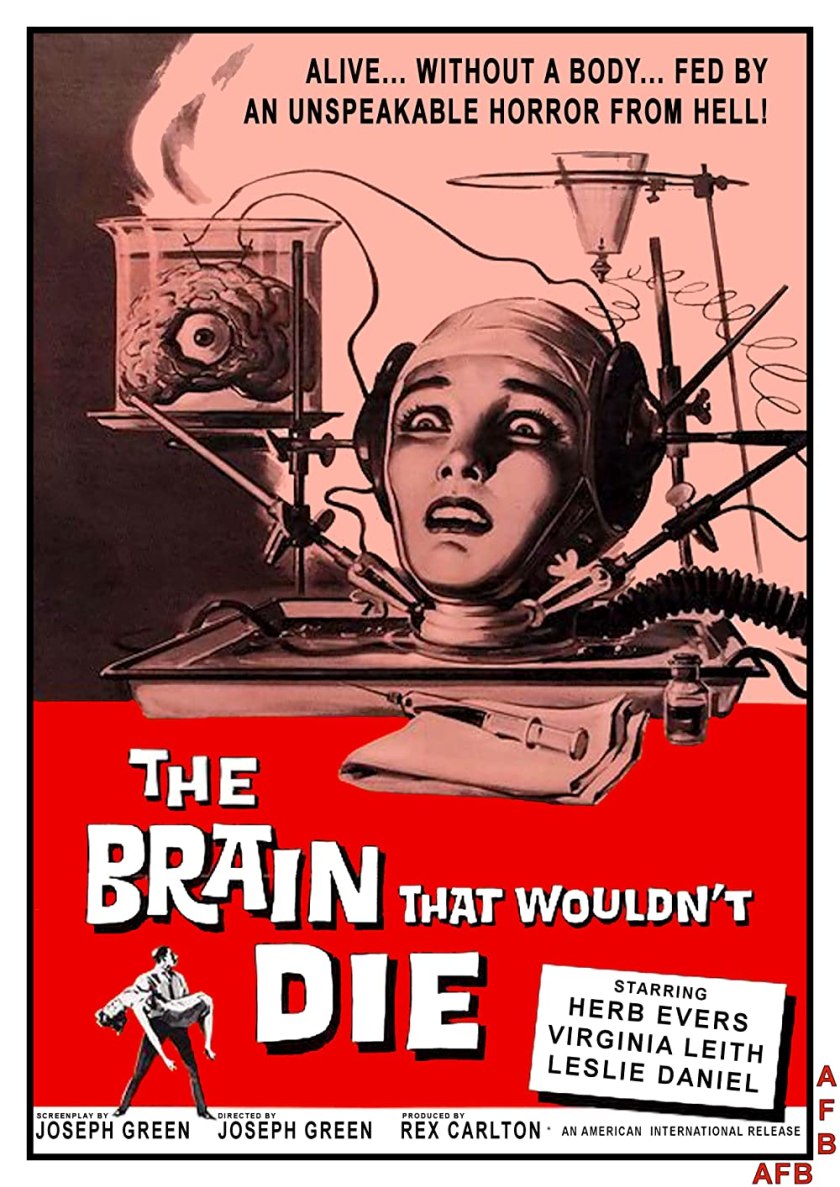 Dr. Bill Cortner saves a patient who had been pronounced dead, but the senior surgeon, Cortner’s father, condemns his son’s unorthodox methods and transplant theories.

While driving to his family’s country house, Cortner and his beautiful fiancée Jan Compton become involved in a car accident that decapitates her. Cortner recovers her severed head and rushes to his country house basement laboratory. He and his crippled assistant Kurt revive the head in a liquid-filled tray. But Jan’s new existence is agony, and she begs Cortner to let her die. He ignores her pleas, and she grows to resent him.

Cortner decides to commit murder to obtain a body for Jan. He hunts for a suitable specimen at a burlesque nightclub, on the streets, and at a beauty contest. Jan begins communicating telepathically with a hideous mutant, an experiment gone wrong, locked in a laboratory cell. When Kurt leaves a hatch in the cell door unlocked, the monster grabs and tears off Kurt’s arm. Kurt dies from his injuries.

Cortner lures an old girlfriend, figure model Doris Powell, to his house, promising to study her scarred face for plastic surgery. He drugs her and carries her to the laboratory. Jan protests Cortner’s plan to transplant her head onto Doris’s body. He tapes Jan’s mouth shut.

When Cortner goes to quiet the monster, it grabs Cortner through the hatch and breaks the door from its hinges. Their struggles set the laboratory ablaze. The monster, a seven-foot giant with a horribly deformed head, bites a chunk from Cortner’s neck. Cortner dies, and the monster carries the unconscious Doris to safety. As the lab goes up in flames, Jan says, “I told you to let me die.” The screen goes black, followed by a maniacal cackle.