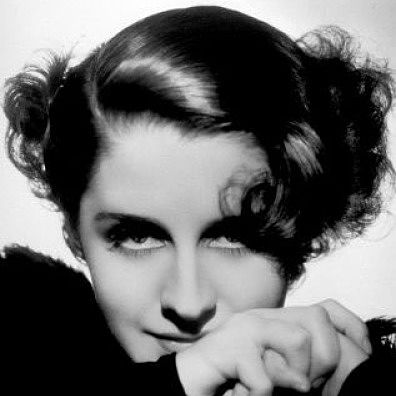 Today was the 122nd birthday of the stunningly beautiful actress Norma Shearer.  I can never say enough about The Women as a film and as a must-watch for anyone wanting a well-rounded film education, it is simply brilliant.  The world is a better place because she was in it and still feels the loss that she has left.

BEST KNOWN FOR:  One of the biggest film stars of the 1930s, Norma Shearer was married to producer Irving Thalberg and won an Academy Award for her role in The Divorcee.

Edith Norma Shearer was born into a wealthy family in Montreal, Quebec, Canada, on August 10, 1900 (some sources state that she was born in 1902; others have stated 1904). After the family lost its money during World War I, Shearer’s mother decided that her pretty daughter becoming a star was the answer to their financial woes. Shearer, her mother and her sister proceeded to move to New York City.

Shearer was not immediately successful in New York. Florenz Ziegfeld turned her down when she auditioned for his Follies, saying, “You are not tall enough for a showgirl, and you cannot dance.” Shearer was also criticized for having thick legs and slightly misaligned eyes. Despite these setbacks, she persevered until she was cast in a few small film roles. Future MGM head of production Irving G. Thalberg noticed Shearer’s performance in The Stealers and signed her to a studio contract in 1923.

Shearer appeared in a few silent movies, but her time in Hollywood coincided with the transition from silent films to sound. She took the lead in MGM’s second “talkie” in 1929. Its success bolstered her career, as did her 1927 marriage to studio chief Thalberg. He may have helped her obtain the lead in The Divorcee, the film that earned Shearer her sole Academy Award (she was nominated for six Oscars during her career).

However, Shearer did not rely solely on Thalberg’s influence. Even as she became more popular, she worked hard to prepare for her roles. Shearer appeared in many films with stage and literary connections, including Noel Coward’s Private Lives (1931), as Elizabeth Barrett Browning in The Barretts of Wimpole Street (1934) and as Juliet in Romeo and Juliet (1936).

In 1936, Thalberg passed away. His death was not a surprise, as he had been born with a weak heart, but it was still a blow for Shearer. After taking a break from acting for 18 months—and despite the several million dollars that Thalberg had left her and their two children—Shearer went on to sign a new contract with MGM. Her first job after returning to work was the title role in Marie Antoinette (1938). She went on to impress critics and audiences alike with her performance in The Women (1939).

In 1942, Shearer made Her Cardboard Lover. It was her final film. After retiring from the movies, she married a ski instructor she had met while on vacation.

In 1980, declining health saw Shearer move into the Motion Picture and Television Country House hospital in Woodland Hills, California. She died there on June 12, 1983, at the age of 82. Although Shearer’s reputation had faded in comparison with those of contemporaries like Greta Garbo and Joan Crawford, she left behind a body of work that includes an array of impressive performances.