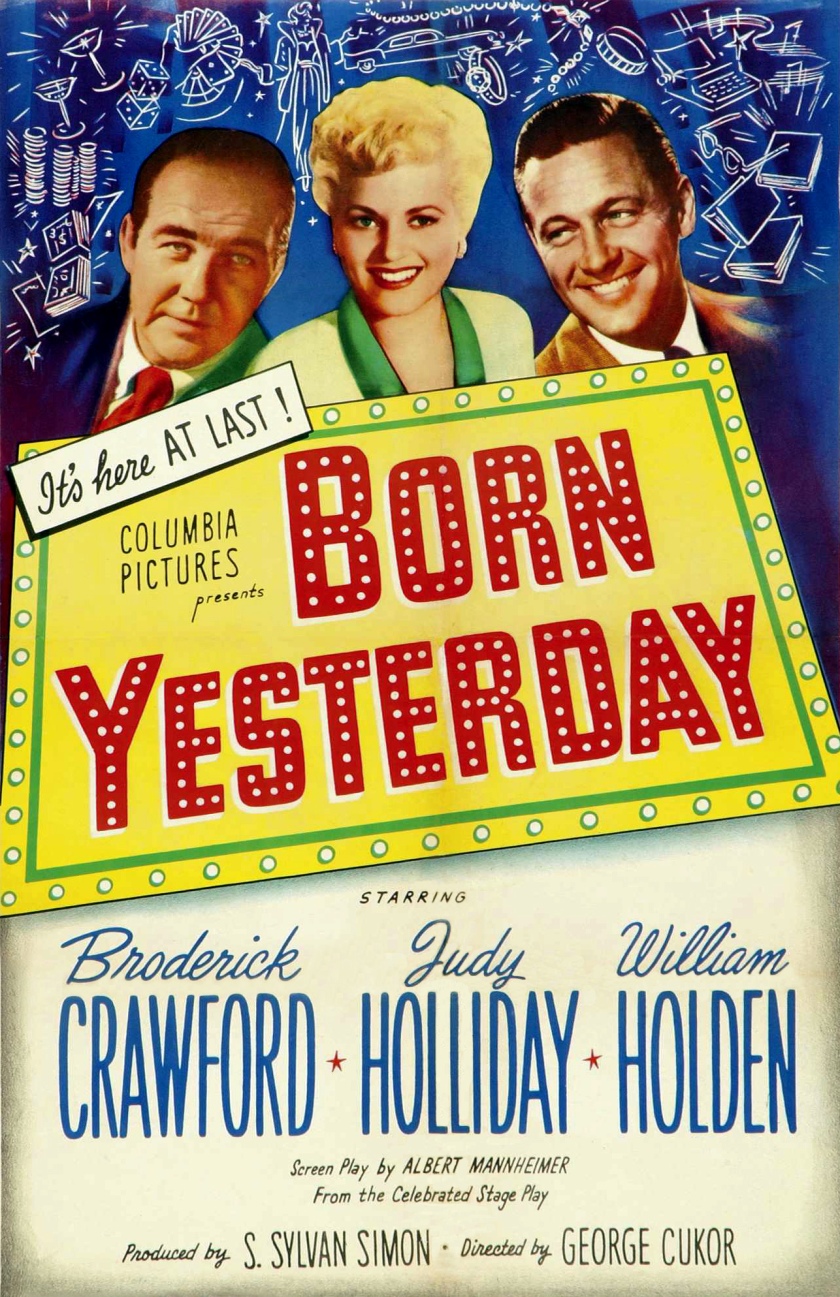 Sixty-one years ago today, the film Born Yesterday premiered. Judy Holliday is superb in this movie. The card game scene is enough to make the film perfection. I absolute adore it. You need to watch this!

Bullying, uncouth junkyard tycoon Harry Brock goes to Washington, D.C. with his brassy girlfriend, Emma “Billie” Dawn, and his crooked lawyer, Jim Devery (played by Howard St. John) to “influence” a politician or two. As a legal precaution, Devery presses Harry to marry Billie, as a wife cannot be forced to testify against her husband.

Harry becomes disgusted with Billie’s ignorance and lack of manners, though his are much worse. He hires a journalist, Paul Verrall (William Holden) who had come to interview him, to educate her and give her some culture. Blossoming under Paul’s encouragement and her own hard work, Billie learns about literature, history, politics and the law, and turns out to be much smarter than anyone knew.

She starts thinking for herself and applying her learning to her situation. She also falls in love with Paul, who respects and appreciates her.

When she stands up to Harry, he reacts violently, striking her and forcing her to sign the contracts related to his crooked deal.

Meanwhile, Devery has persuaded Harry to sign over many of his assets to Billie to hide them from the government. When Harry experiences Billie’s new independence, he tries to intimidate her into signing his assets back to him. Billie and Paul use her leverage to escape from Harry’s domination. She promises to give him back his property little by little as long as he leaves them alone. A brief final scene reveals that Billie and Paul have married.